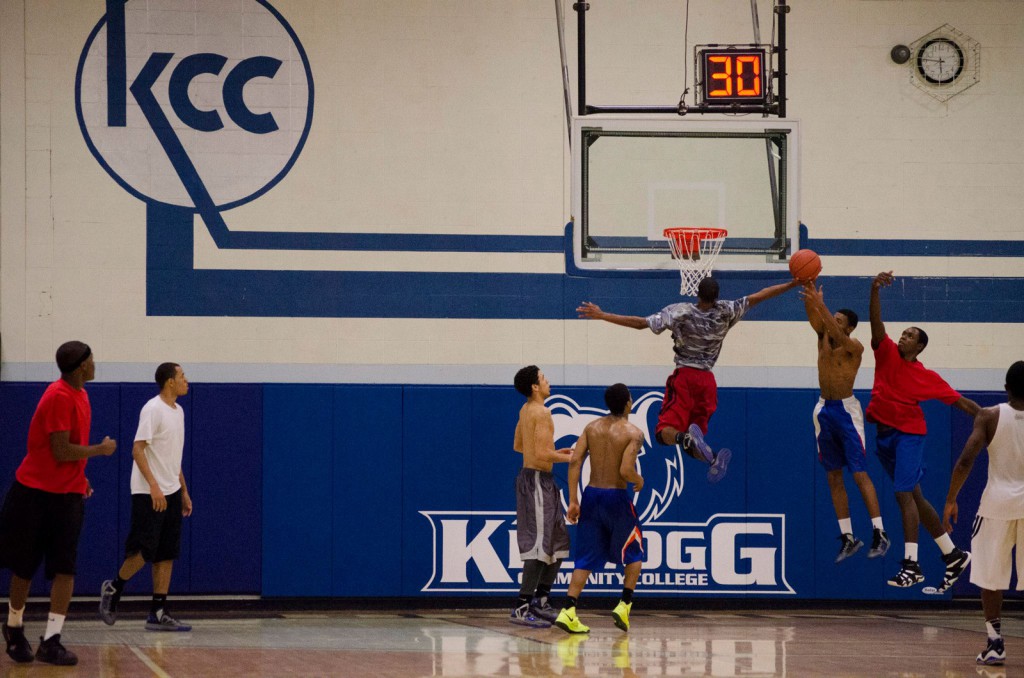 The Kellogg Community College men’s basketball team plays next beginning at 7:30 p.m. Wednesday, Nov. 28, against Schoolcraft College in Livonia. Click here to view the team’s 2012-13 season schedule in a post on this blog.

Pictured above, the men’s basketball team plays during a recent practice at the Miller Gym on KCC’s North Avenue campus.