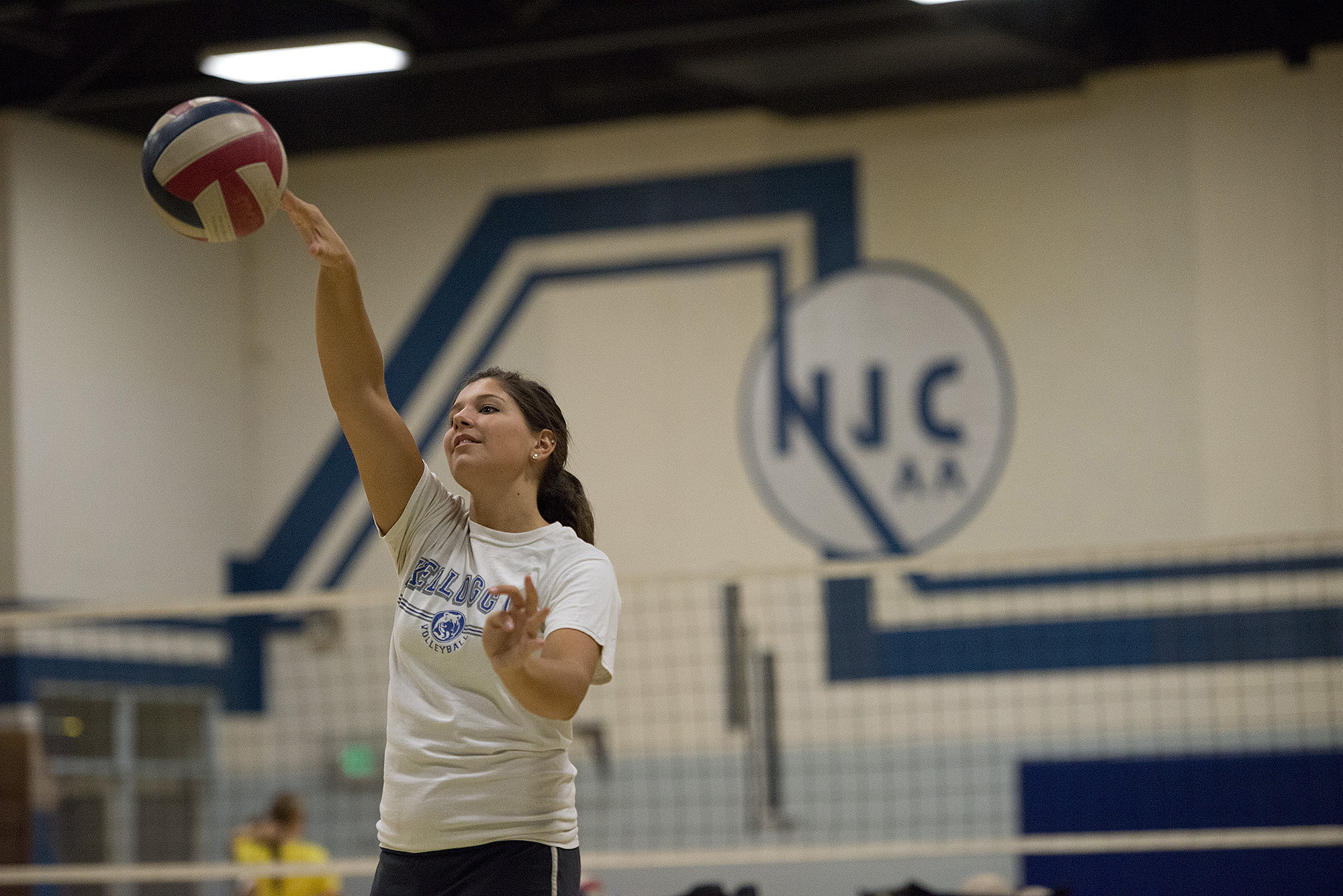 The team includes eight players, three of whom are returning from last season. Returning this year for the Bruins are defensive specialist Tara VanDenberg of Battle Creek; setter Cortney Pipher of Battle Creek; and middle hitter Jessica Woods of Marshall.

Amy Julien, head coach of the women’s volleyball team at KCC, said last year’s team was athletic but inconsistent. She said this year the Bruins’ character and work ethic will be apparent on the court.

“My girls are going to surprise some people,” Julien said. “It’s going to be great seeing them work together as a team and also see them be successful in the classroom.”

She said some players will be stepping out of their comfort zones this season by playing in different positions and that the team will be working to live up to its motto: “Work will win when wishing won’t.”

“That is what we all hear every day and it transitions from the classroom to the court,” Julien said. “I’m really looking forward to starting this season and pushing these girls to play at a higher expectation.”

Last year the Bruins finished sixth out of eight teams in their Michigan Community College Athletic Association Western Conference, with a 5-9 record in the MCCAA and an 8-19 record overall. Two Bruins from last year’s squad signed to play for four-year schools this year, including Kylie Marquardt of Macomb (Johnson & Wales University) and Darcie Melching of Cheboygan (Tiffin University).

For more information, visit www.kellogg.edu/athletics/volleyball/index.html or contact Julien at 269-965-3931 ext. 2535 or volleyballcoach@kellogg.edu.