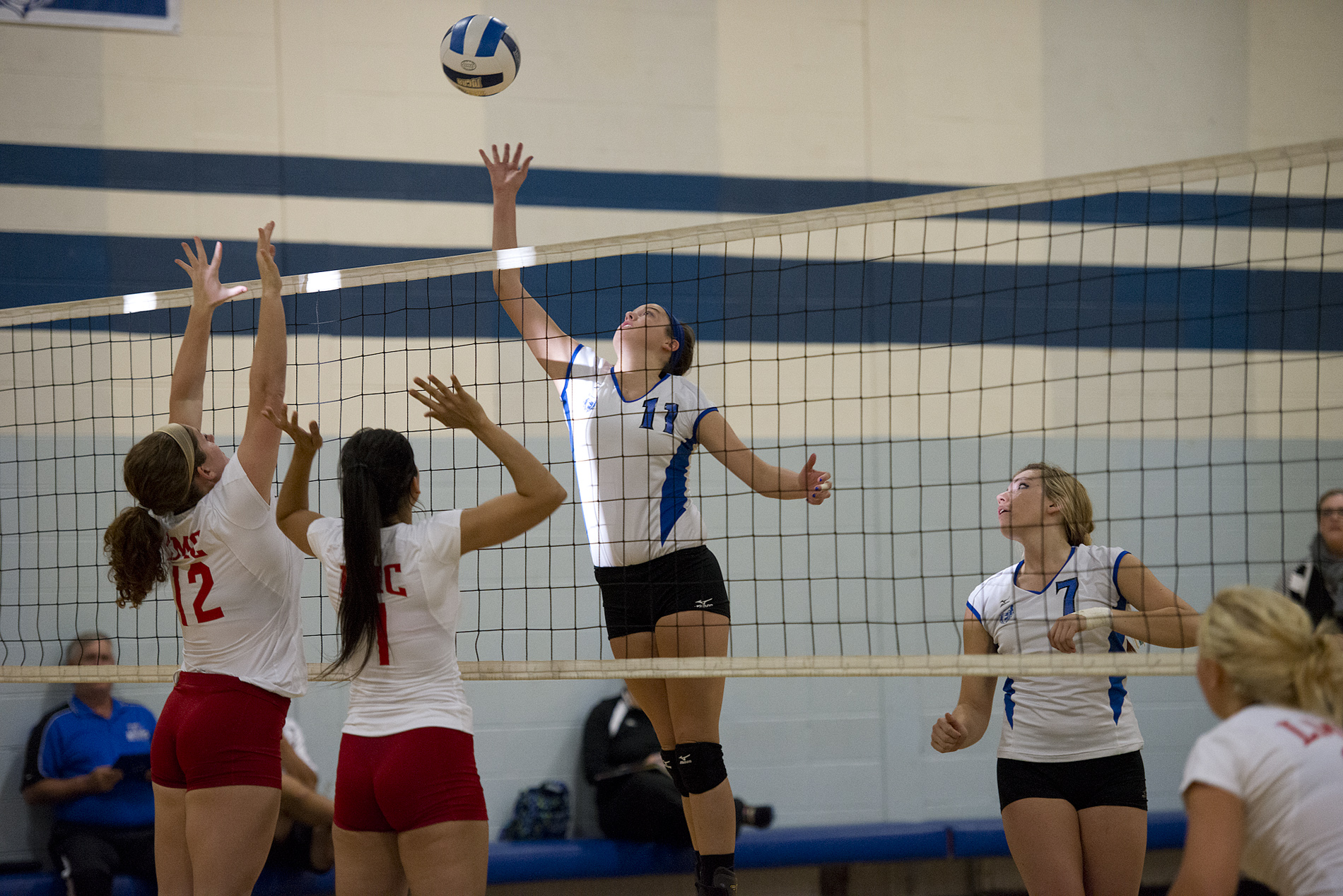 “The came out a little flat,” said Amy Julien, the Bruins’ head coach, “but as soon as they lost their jitters they found their game and worked till the end.”

The win brought the women’s conference record to 1-0; their overall record — after a handful of losses this past weekend during a non-conference tournament — is 3-6.

The Bruins play next against Kalamazoo Valley Community College beginning at 6:30 p.m. Thursday, Sept. 12, in Kalamazoo.