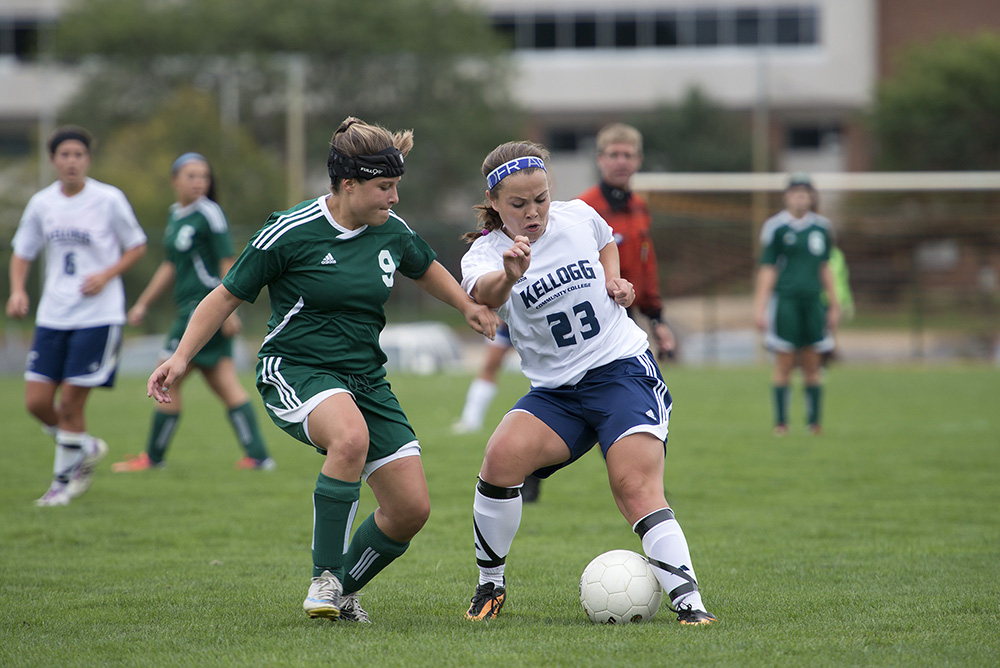 The Kellogg Community College women’s soccer team has had a rough week, falling 0-1 to Delta College on Sunday and 0-3 to Schoolcraft College on Wednesday.

Freshman goalkeeper Sarah Ward, of Quincy, kept the net for KCC all 90 minutes of each game. She had five saves against Delta on Sunday, including a saved penalty kick with three seconds left in the game.

Ward had 13 saves against Schoolcraft, who had 29 shots on goal compared to KCC’s four on Wednesday.

The losses drop the Bruins into last place in their six-team conference, with a conference record of 0-4 and an overall record of 2-5. The team’s next game starts at 2 p.m. Sunday, Sept. 29, against Cincinnati State Technical and Community College in Cincinnati.

For more information about women’s soccer at KCC, visit www.kellogg.edu/athletics/soccer/index.html.