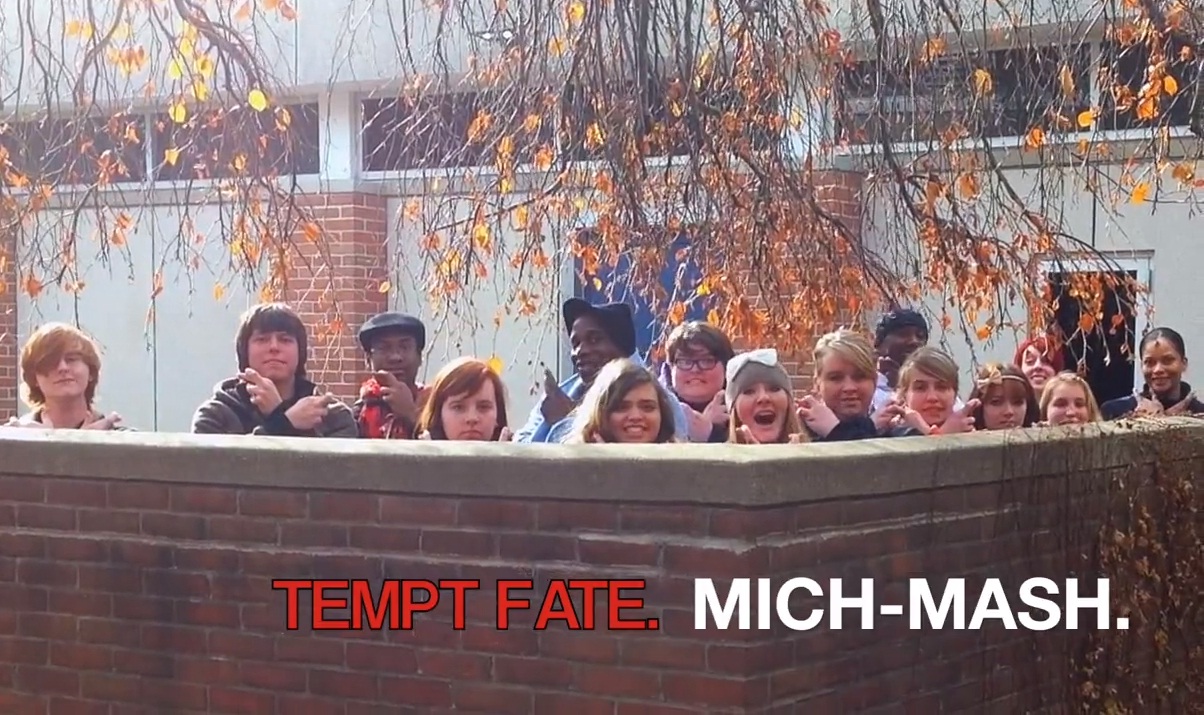 The event, which is free and open to the public, will be held in the auditorium of the Davidson Visual and Performing Arts Center on KCC’s North Avenue campus in Battle Creek, 450 North Ave. It will feature performances from more than 30 students from the College’s Acting I, Acting II and Stagecraft classes in addition to members of the Encore Theatre Company, KCC’s student theater club.

Brad Poer, theater professor at KCC and director of the College’s theater productions, said the performers will continue their Mich-Mash tradition of holiday movie re-enactments, performing scenes from movies including “Elf,” “How the Grinch Stole Christmas,” “National Lampoon’s Christmas Vacation” and “The Polar Express,” in addition to a few surprises. Other performances will include three one-act plays by David Ives and some possible improv games.

This semester’s Stagecraft students will also be presenting their final projects to be reviewed and judged by audience members.

Most of the featured pieces are a few minutes long, Poer said, giving the event a likely runtime of between one and half and two hours.

For more information, view the Mich-Mash trailer online at www.facebook.com/KCCTheatre or contact Poer at poerb@kellogg.edu.