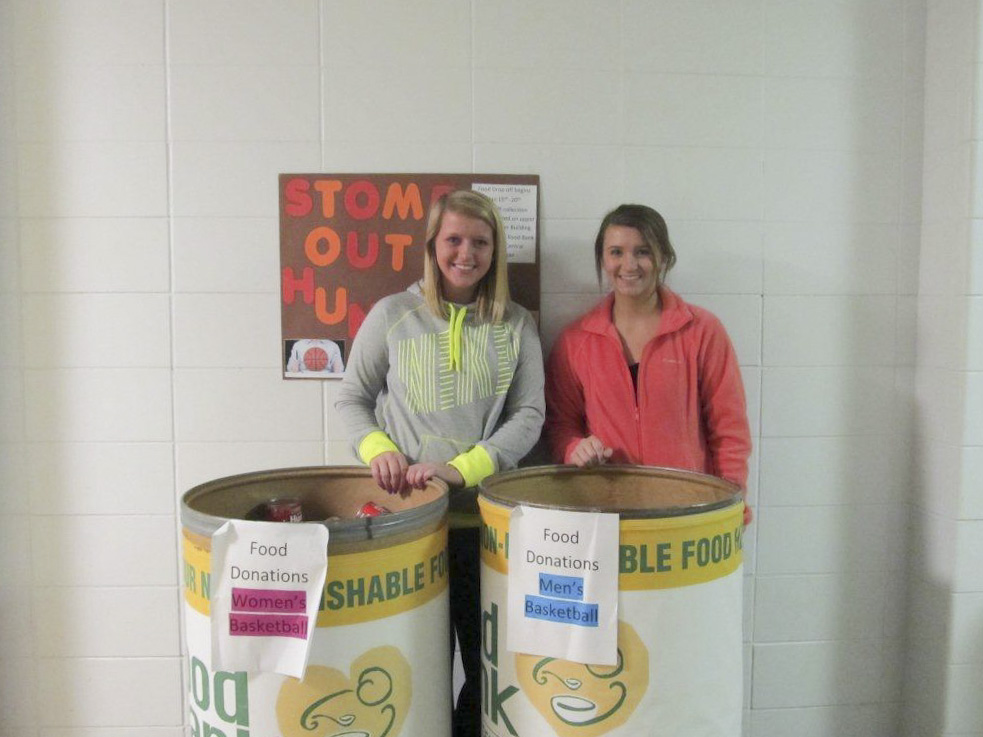 The collection was held as part of the Michigan Community College Athletic Association’s conference-wide Hunger Games campaign. As part of the campaign, conference colleges accepted donations of nonperishable food items or money on behalf of their men’s and women’s basketball teams to be donated to area food banks. The KCC campaign culminated with the basketball teams’ home games against Ancilla College on Monday, Jan. 20.

“We want to thank the Kellogg Community College men and women’s basketball team members and their friends and family for making the food drive a success,” said Miller Building Coordinator Sharon Powell.

The MCCAA competition is ongoing.

The above photo is courtesy of Sharon Powell.