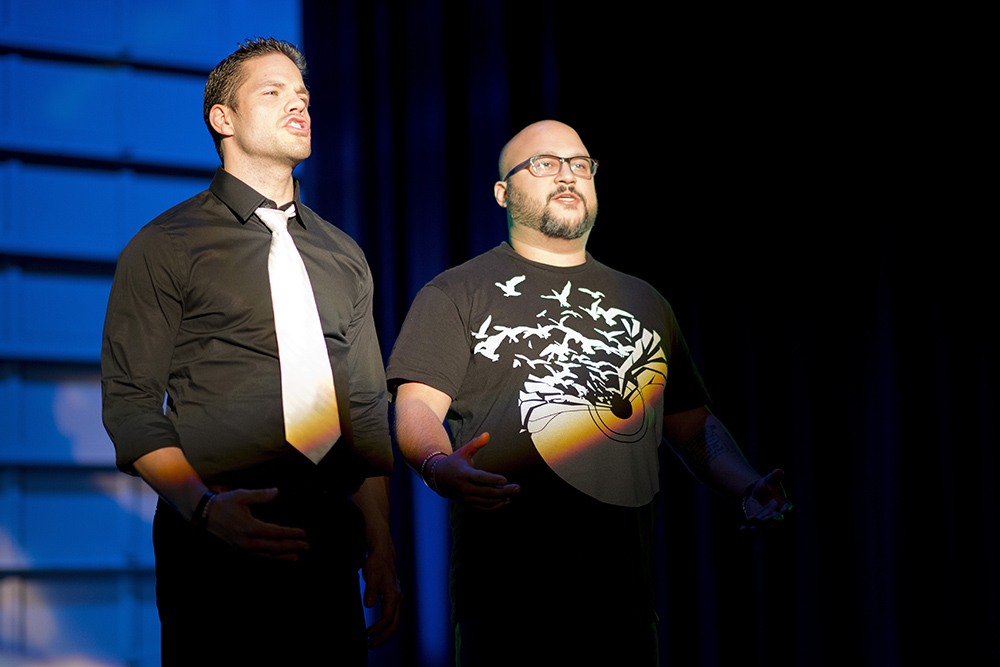 The National Council for Marketing and Public Relations has honored Kellogg Community College with two prestigious Paragon Awards for marketing efforts promoting the College in 2012-13.

The bronze Paragon Awards recognize the strategic marketing behind KCC’s successful millage renewal campaign in 2012 and a promotional video highlighting a student-oriented “Define Yourself” campaign in 2013. Both efforts involved multiple departments at KCC. The video was produced in conjunction with the Kalamazoo-based performance group Kinetic Affect (pictured above during filming of the video on KCC’s North Avenue campus).

“Winning a Paragon Award is a spectacular honor for KCC because it affirms that our multifaceted strategy of advocating and positioning the College for success is sound,” Greene said. “We are delighted with these awards and grateful to our peers within NCMPR who judged KCC to be among the best in the country.”

The NCMPR represents marketing and public relations professionals at community and technical colleges across the United States and Canada. Gold, silver and bronze Paragon Awards are given once a year in a variety of categories.