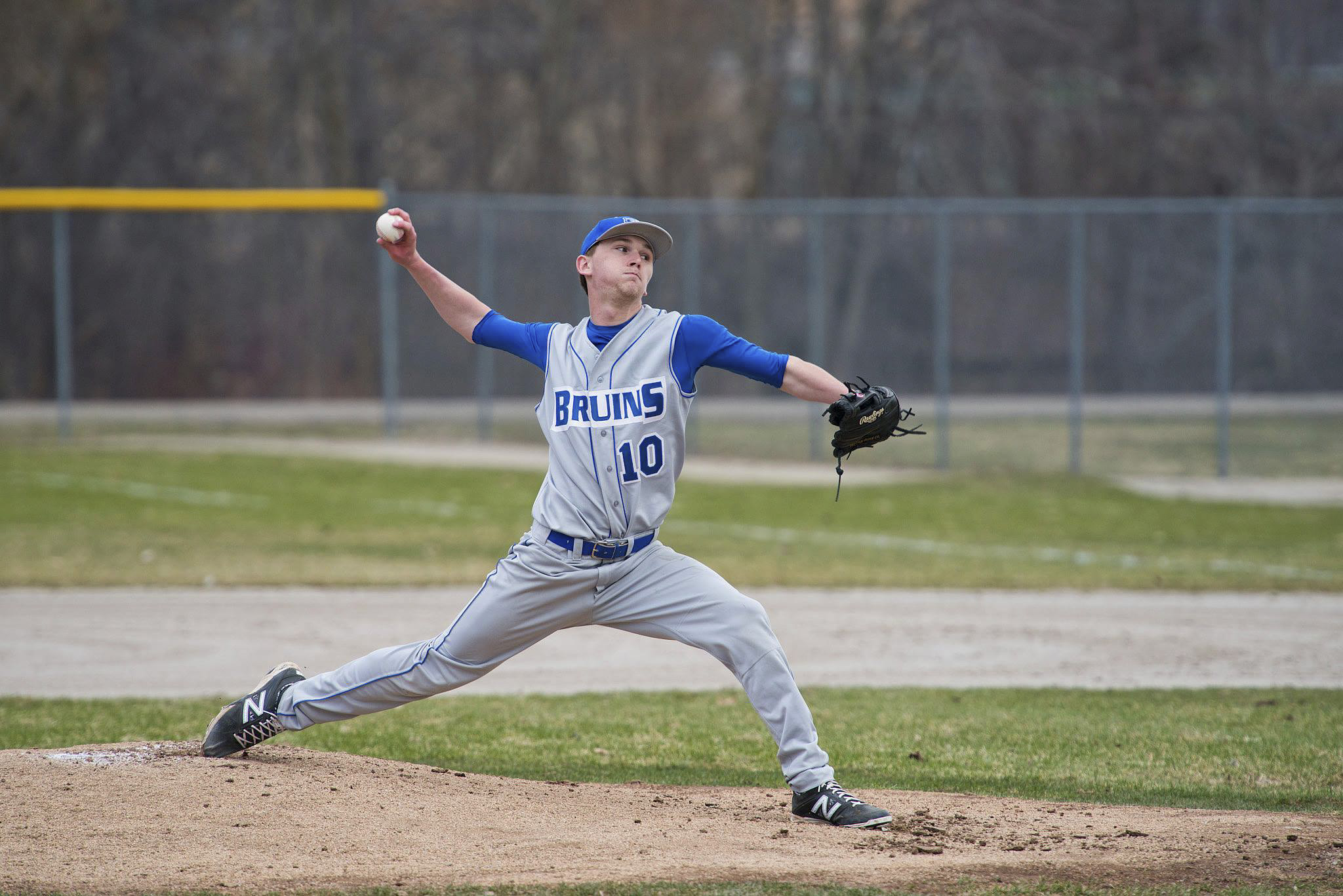 The Kellogg Community College baseball team brought their conference record to a perfect 4-0 yesterday with a pair of wins over Ancilla College.

The games were the first home games of the season for the Bruins.

From the mound in game two, freshman right-hander Scott Snow (Otsego/Otsego High School) pitched just over an inning for the win.

Admission to all home games is free.