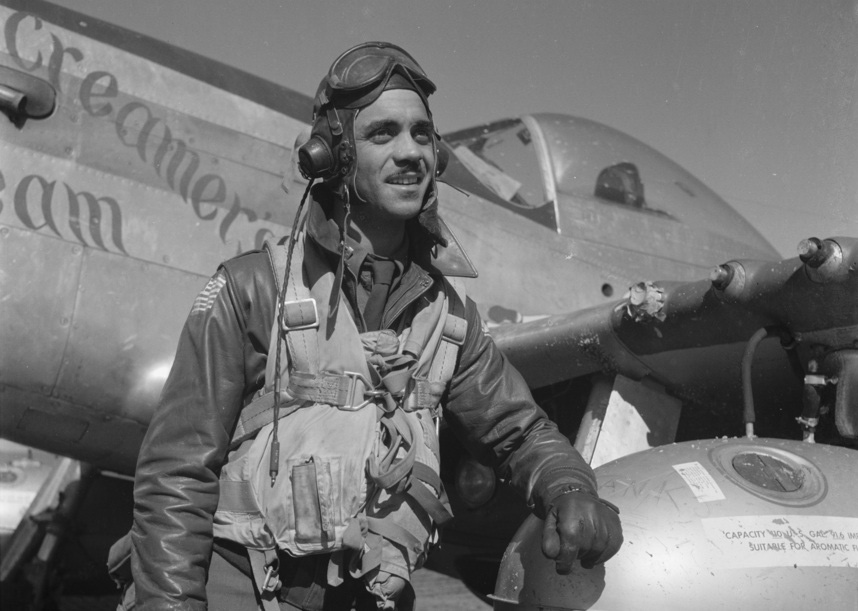 UPDATE: All KCC-specific seats for the exhibit have been filled, but there are still seats available for community members available on select dates. Call Neighborhoods, Inc. of Battle Creek at 968-1113 for more information.

The above photo was taken in March 1945 and features Tuskegee pilot Edward C. Gleed. The image is available for use from the U.S. Library of Congress with no known publication restrictions.