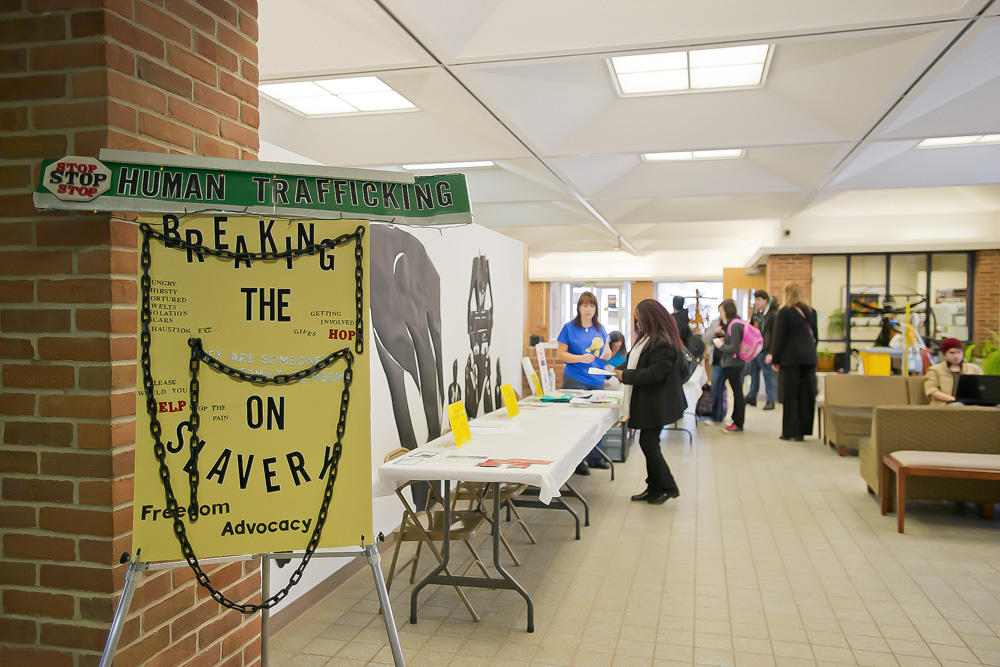 The event, which is free and open to the public, will take place in the gymnasium of the Miller Physical Education Building on the KCC campus at 450 North Ave., Battle Creek.

Sponsored by KCC’s Healthy Choices Leadership Organization, the Human Trafficking Workshop is held at the College each year to raise awareness of issues related to human trafficking. Featured speakers at this year’s event will include:

Carmen Kucinich, Victim Specialist at the FBI: A licensed professional counselor with the State of Michigan, Kucinich has worked with crime victims for 14 years. Her work began as a caseworker with the Michigan Indian Child Welfare Agency, followed by six and half years at Safe Harbor Children’s Advocacy Center where she worked as a forensic interviewer and therapist for sexually abused children and children that witnessed domestic violence. Kucinich has testified as an expert witness in the areas of the Native American culture, forensic interviewing and children’s counseling. She is currently a Victim Specialist with the FBI working with federal crime victims. Kucinich is one of the original members of the Michigan Human Trafficking Task Force and has provided interviews with local media stations and participated in several expert panels on the topic of human trafficking.

Nikeidra Battle-Debarge, Coordinator at the Manasseh Project: Battle-DeBarge completed her bachelor’s degree in criminal justice at Ferris State University. She has worked at Wedgewood Christian Services for 11 years, beginning as a youth treatment specialist before transitioning into community programs as a community group specialist and SADD (Students Against Destructive Decisions) advisor. She has been involved in Teens-On-Track, a mentoring program for teen girls, and through this experience became a foster care specialist. She cofounded a nonprofit organization called New Destiny Pathways, the mission of which is to assist with the transition of young people exiting the foster care system. Battle-DeBarge is currently working as a coordinator at the Manasseh Project Trauma Recovery Center, where she continues to educate the community on the commercial sexual exploitation of children.