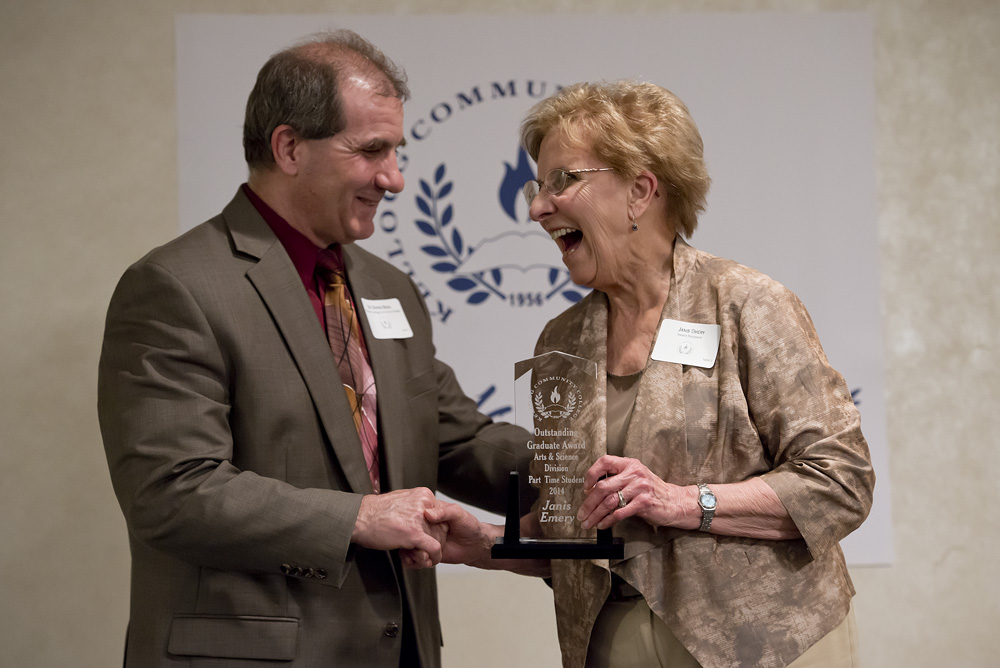 The College honored 41 graduating students with 44 awards at the banquet, which recognizes students’ outstanding achievement in their field of study. Award winners are selected by the faculty and administrators from the department that corresponds with each award; awards are also given to the overall outstanding full- and part-time graduates in each of the two academic divisions.

To qualify for the award, students must major or exhibit interest in the award area; earn a 3.5 or higher GPA in the award area; evidence significant creative growth; and exhibit a high degree of participation in and/or contributions to the department activities in one or more capacities.

This year’s award winners, listed by division, include:

For more information about the Awards Banquet, visit www.kellogg.edu/student-life/awards-banquet. Photos of the winners receiving their awards may be downloaded from KCC’s Facebook page at http://goo.gl/YrLOKE. For higher-res images, contact Digital Marketer/Writer Simon A. Thalmann at thalmanns@kellogg.edu.