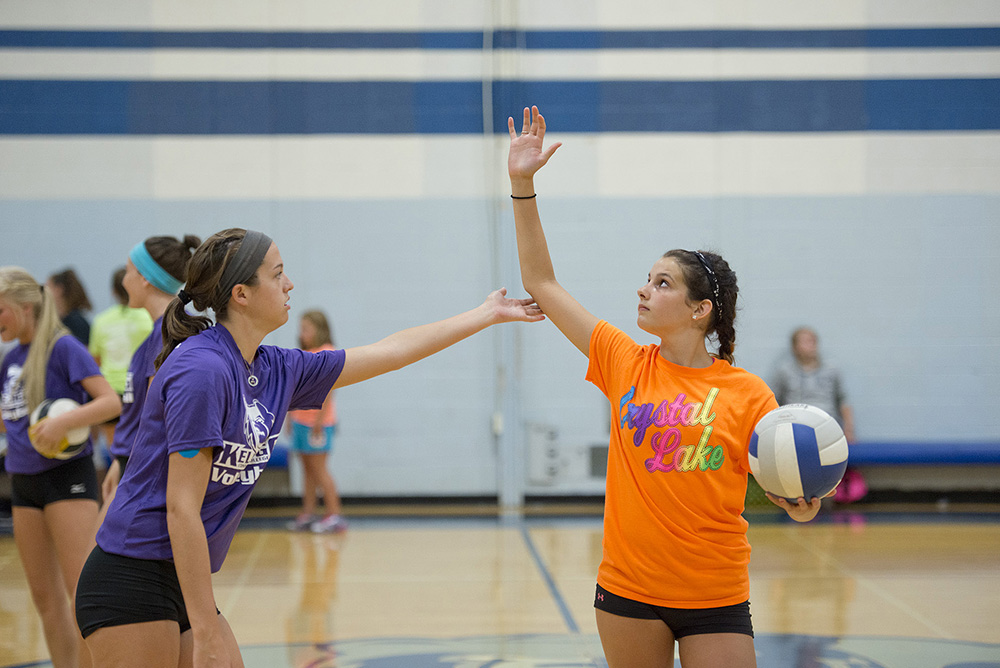 The Monday through Thursday camp was led by KCC players, who taught beginning, intermediate and advanced volleyball skills – including blocking, hitting, passing, serving and setting skills and more – to players in third through 12th grades.

Amy Julien, head coach of KCC’s women’s volleyball team, called the camp “a wonderful experience for my girls and for the campers.”

Tristen Ehredt, a returning sophomore from Battle Creek and graduate of Pennfield High School, said the KCC players enjoyed spending one-on-one time with all the campers.

Victoria Rybinski, a returning sophomore from Brutus and graduate of Pellston High School, echoed her teammate, saying her favorite part of the camp was seeing each girl improve over the course of their four days with the Bruins.

“I’m proud of how much our team was willing to help the campers get better and help them get prepared for their upcoming season,” Rybinski said.

*Editor’s note: This article first appeared in the Aug. 14, 2014, edition of the Battle Creek Shopper News.