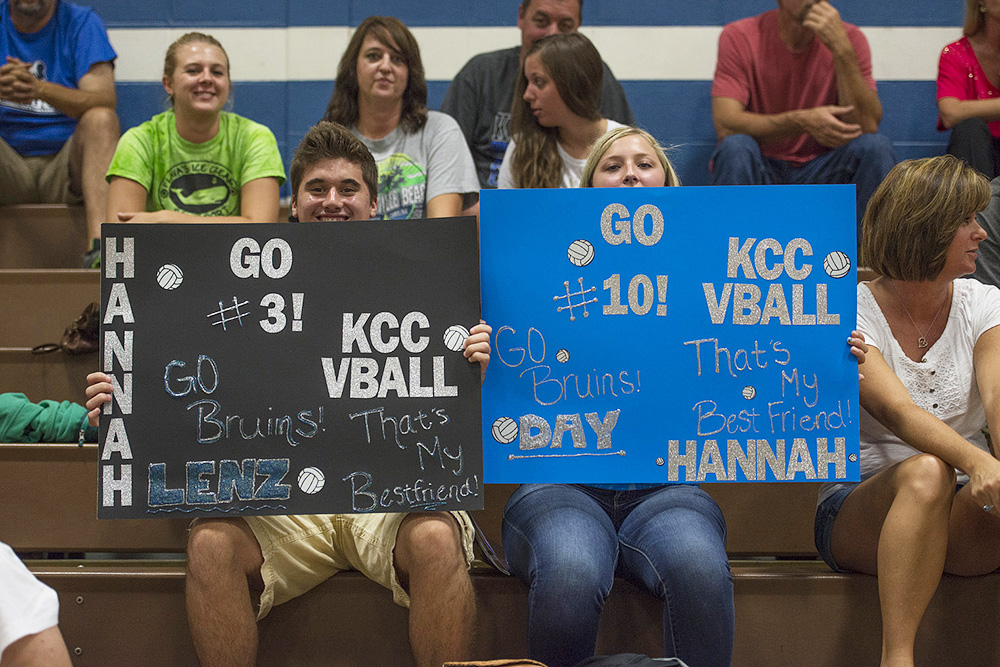 The Kellogg Community College women’s volleyball team has hit a rough patch entering the middle of the season, falling in the last three matches to conference opponents. Below are scores and statistics from each match.

Vs. Muskegon Community College
Away match on Tuesday, Sept. 16

“We came out strong,” said Amy Julien, the Bruins’ head coach. “It was the little runs that we couldn’t come back from. But all in all we are making great progress.”

On offense for the Bruins, sophomore Rebecca Browning (Rockwood/Oscar A. Carlson High School) had one kill, Crawford had nine kills, Day had one kill, Ehredt had 15 kills and one ace, O’Dell had one ace, and Rybinski had 23 assists.

“It just needs to get tighter,” Coach Julien said. “The little runs that are against us we are still struggling to fight back from. It’s a learning point.”

Vs. Grand Rapids Community College
Away match on Tuesday, Sept. 23

On offense for the Bruins, Crawford had seven kills and one ace, Ehredt had 14 kills, and Rybinski had 22 assists.

“We gave them some fits,” Coach Julien said. “GRCC is No. 2 in the nation for a reason. I’m just glad the Bruins didn’t walk in the gym defeated. They played with them and I’m proud!”

The recent losses bring the Bruins’ conference record to 2-4 and their overall record to 4-7 for the season so far. The team plays next beginning at 6:30 p.m. tonight against conference opponent Ancilla College in Donaldson, Ind.

The Bruins’ next home match — which will serve as the team’s annual Autism Awareness match — isn’t until next month, beginning at 6:30 p.m. Thursday, Oct. 2, against conference opponent Lansing Community College at the Miller Gym. The team fell to LCC in three sets in an away match earlier this season.