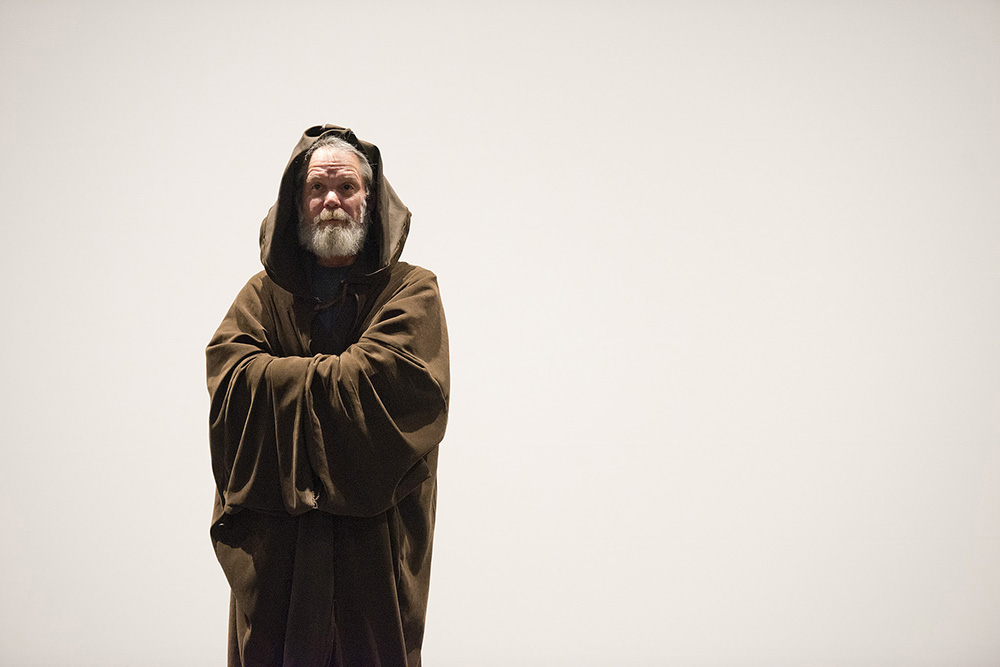 *Editor’s note: Below is the second in a series of interviews with the cast of Kellogg Community College Theatre’s “Sampled Shakespeare.” The show, which opened last weekend and shows at 7:30 p.m. this Friday and Saturday and at 3 p.m. Sunday, includes scenes from the original “Star Wars” movies and “The Big Lebowski” set in Elizabethan English.

We caught up with Morris to ask him about his role in the production.

MORRIS: I’m old. I have a gray beard. I saw the original 10 times after my school bus driver told me about the flick. “Greenfield Theater.” (Suburb of Detroit.) I’d drag an anonymous chum to go watch it with me again. (Hey, I paid for their ticket! Don’t judge me!)

MORRIS: Are you serious? All three of those have an ingrained section of my soul! With regards to Billy the Shake, I’ve done Puck, Tristan and Falstaff. “Star Wars” (the first and ONLY three) captured the whole Joseph Campbell mythology. The rest of the Lucas Embarrassment, while pretty … not so much. “Big Lebowski” just plain frakkin rocked. Loves me some Coen bros!

MORRIS: Sorry. Too many to mention as the paper only has so many pages…

MORRIS: The “inner voice” inside Obi-Wan’s head that is used for “asides” that only the audience is privy to, a la Billy the Shake.

MORRIS: Watching and listening to fellow humans … in a totally non-creepy way.