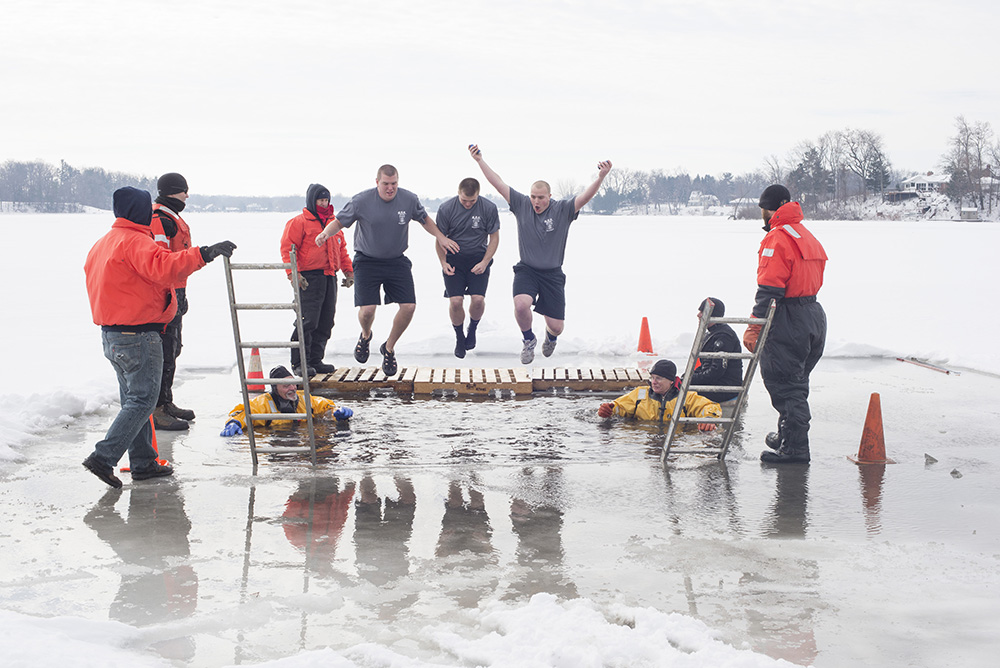 More than 200 supporters lifted the College to the No. 1 spot among donor organizations, while more than a dozen KCC students and employees — including many cadets from the KCC Police Academy — took the plunge. See several photos from the event in the College’s 2015 Battle Creek Polar Plunge Facebook gallery.

For more information, to register as a fundraiser or to join KCC’s team online, visit www.firstgiving.com/polarplunge/BC15.