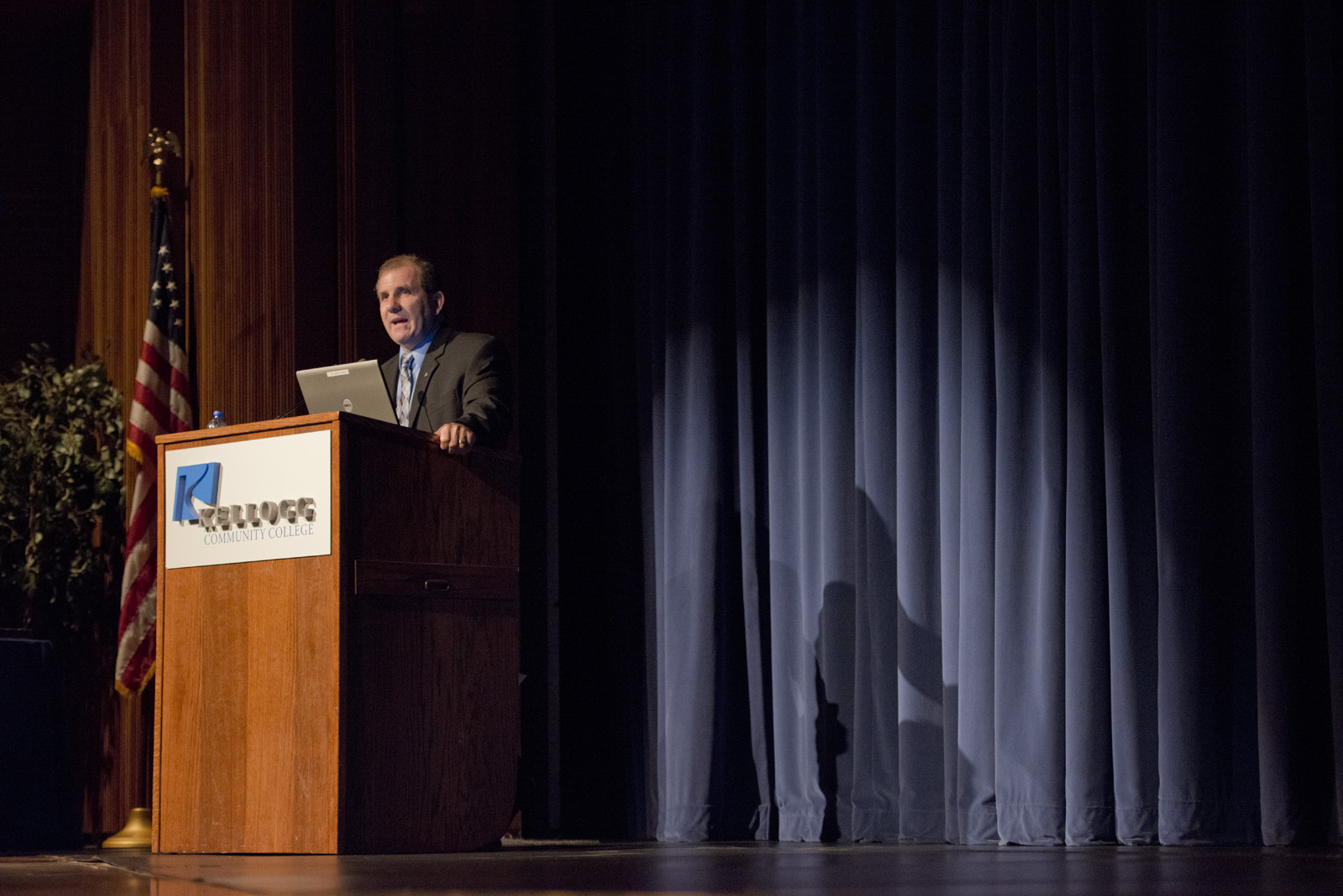 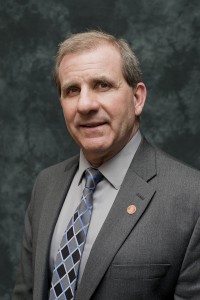 Dr. Dennis Bona, president of Kellogg Community College, today announced he has accepted a college presidency in Minnesota and looks forward to a new and exciting opportunity after a 34-year career at KCC.

Dr. Bona, president of KCC since 2010, will retire from the College as of June 30, 2015, and assume the duties of president of Northland Community and Technical College in East Grand Forks, Minn., effective July 1, 2015. After a national search and a thorough review of three finalists, the Minnesota State Colleges and Universities Board of Trustees voted today to appoint Dr. Bona as Northland’s president.

“It is with great pride and a sense of accomplishment that I’m providing the Board of Trustees of Kellogg Community College with notice of my retirement after 34 years of service,” Dr. Bona said. “It has been an honor and a privilege to serve as KCC’s fourth president and I trust that the institution will continue to prosper in my absence. The College has provided me with extremely rich and rewarding opportunities and surrounded me with talented staff who have supported my every initiative, enabling our mutual success.”

“I’m especially appreciative of the opportunities I have had serving the great community we live in and particularly the thousands of students whose lives were impacted by KCC during my tenure. I hope that KCC will stay the course in elevating the needs of our students and our community as its number one priority,” Dr. Bona said.

The KCC Board of Trustees recently made a counteroffer as an incentive for Dr. Bona to stay at KCC, but, as Dr. Bona said, the offer from Minnesota was very appealing.

“We are very sorry to see Dr. Bona depart from KCC, an institution he helped shape and strengthen, but we understand and respect that he is embracing a wonderful new opportunity and we wish him the best of luck in the future,” said Steve Claywell, chairman of the KCC Board of Trustees. “Dr. Bona has a wealth of knowledge, expertise and talent, and we trust that Northland will benefit as much from him as we have over the years.”

Dr. Bona has held a variety of positions at KCC since he started as a welding instructor in 1981. He served as director of Trades and Technology in the 1980s and was the first director of the Regional Manufacturing Technology Center, which continues to serve students and businesses today. He was dean of Career and Occupational Education from 1999 to 2003, then vice president for instruction from 2003 to 2010. The Board of Trustees named him president of KCC in July 2010. Since he became president, Dr. Bona was instrumental in establishing new workforce development programs in partnership with employers and government agencies, expanding KCC’s involvement in a variety of community initiatives, embracing policy changes that widened students’ access to higher education and modernizing facilities and technology across the institution.

The KCC Board of Trustees will meet this evening for a regularly scheduled meeting, during which trustees will begin discussing the College’s next steps.