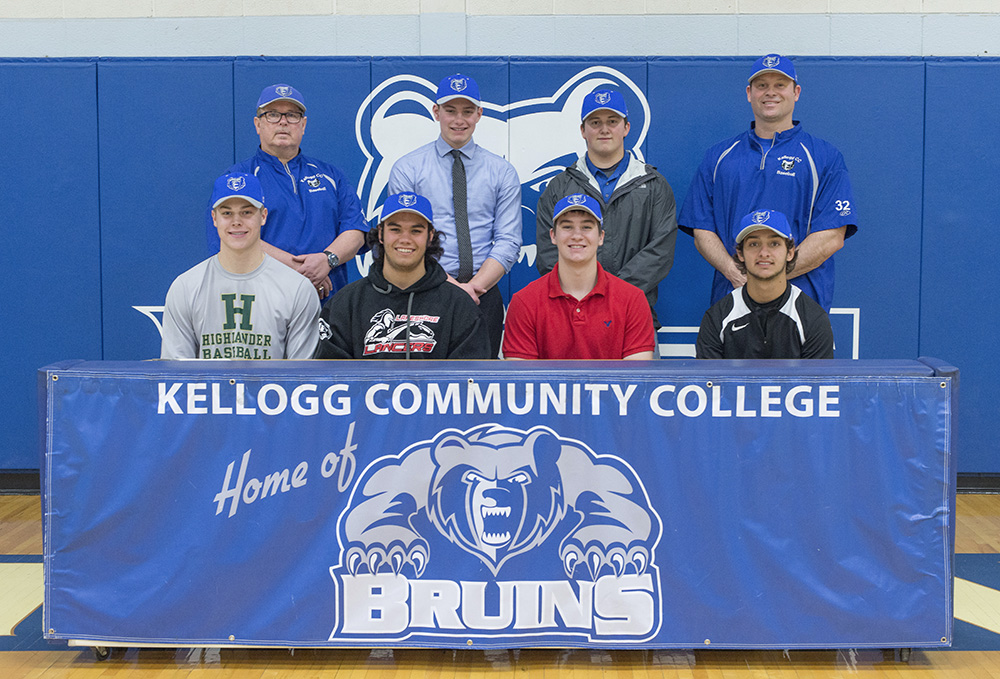 Stasa, a senior at Harper Creek High School, earned first-team all-conference and all-district honors as a sophomore and junior and all-region honors his junior year. In 2014, Stasa had an O.85 ERA, striking out 82 batters over 58.2 innings pitched. He also hit .442 from the plate with 30 RBIs.

Eric Laskovy, head baseball coach at KCC, said the College is thrilled that the hometown athlete chose to stay close to home and play for the Bruins next season.

“Joe has been a force in the city since he was a sophomore,” Laskovy said. “He’s a competitor and will be ready to help us immediately.”

Other KCC baseball commits for next season include:

Additionally, as of the end of February, five sophomores on KCC’s current roster had committed to play baseball at four-year schools beginning next fall, a number Laskovy said he expects to increase though the season. Twenty-one Bruins committed to play at four-years over the past two seasons.

For more information about baseball at KCC or to sign up for an email list to receive final scores following each Bruins baseball game, visit www.kellogg.edu/baseball or contact Coach Laskovy at laskovye@kellogg.edu or 269-965-3931 ext. 2536.