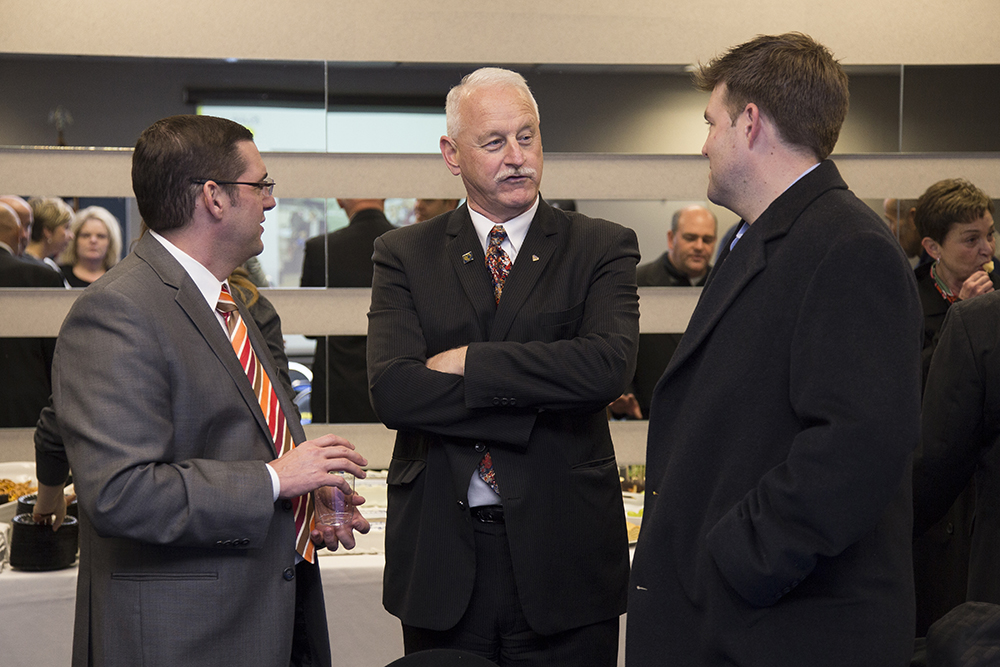 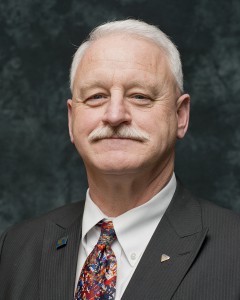 The Kellogg Community College Board of Trustees today appointed Mark O’Connell as the president of the College, noting that the institution has made positive strides in challenging times under his leadership as interim president.

“Mr. O’Connell has offered outstanding vision and leadership over the past 10 months as interim president and the Board feels he is exactly the right person to lead this institution at this time,” Board Chairman Steve Claywell said. “We are grateful for his personal commitment to the success of all students at the College and for ensuring that he carries out his duties in a collaborative, inclusive and open manner.”

In a unanimous vote during a regular meeting today, the Board dissolved O’Connell’s interim status and immediately appointed him as president, the top administrative position at KCC. O’Connell is the fifth president in the College’s history.

“As interim president, he has tirelessly advanced the Board’s priorities, established an environment of open and honest communication, repaired strained relationships, engaged the faculty, involved communities of the College’s service areas, made difficult decisions to address budget deficits, expanded KCC’s credibility within its peer College group, and heightened the focus on our students by creating the best learning environments for their needs,” Claywell wrote in a letter to KCC employees late Wednesday.

Appointing O’Connell as the chief executive at KCC effectively ends the Board’s presidential search process, which had been suspended in September.

“We are extremely pleased with Mr. O’Connell’s performance and we have heard similar sentiments from many stakeholders, including faculty, staff, students and community members,” Claywell said. “We appreciate the countless hours that employees and trustees have spent moving the College forward during this past year of transition and we look forward to continuing to work together.”

The Board previously appointed O’Connell as interim president in March 2015 after former President Dr. Dennis Bona announced his retirement from KCC and intention to accept a college presidency in Minnesota. The Board began the process of a national presidential search in 2015, but suspended its search in September, citing many constructive changes occurring at KCC under O’Connell’s leadership.

In accepting the appointment Wednesday, O’Connell thanked trustees for their confidence in him and expressed gratitude for the way KCC employees have rallied together to create opportunities in recent months.

“We have faced difficult times with enrollment levels and budget challenges with great integrity and humility over the past months and we have done it as a team,” O’Connell said. “I have appreciated the Board’s up-front communication and maintenance of high standards while taking deep responsibility for their actions. I also appreciate all of our employees, who have assisted me in moving the College forward.”

O’Connell, 60, has worked at KCC since 1990 in several positions, most recently as vice president of Administration and Finance. He has maintained his duties as vice president while assuming the additional role as interim president. In recent months, he has taken a series of actions to embrace and expand the expertise of college personnel while working to address enrollment and budget challenges through spending controls, voluntary retirements and expense reductions.

“There is greatness within our employees and, by harnessing the energy of the opportunities we face, we are continuing to build on a culture of committed people moving in the same direction. In the end, we will remain focused on the success of our students,” O’Connell said.

O’Connell received a Business Counselor Certification from Wayne State University School of Business and earned a master’s degree in education administration from Western Michigan University. He spent several years specializing in business planning and in the early 1990s spearheaded the growth of the College’s academic centers in Barry, Branch and Calhoun counties, where students continue to be served.

O’Connell and his wife, Janet, have lived and been active in the Marshall community for more than 40 years. They have two grown sons.