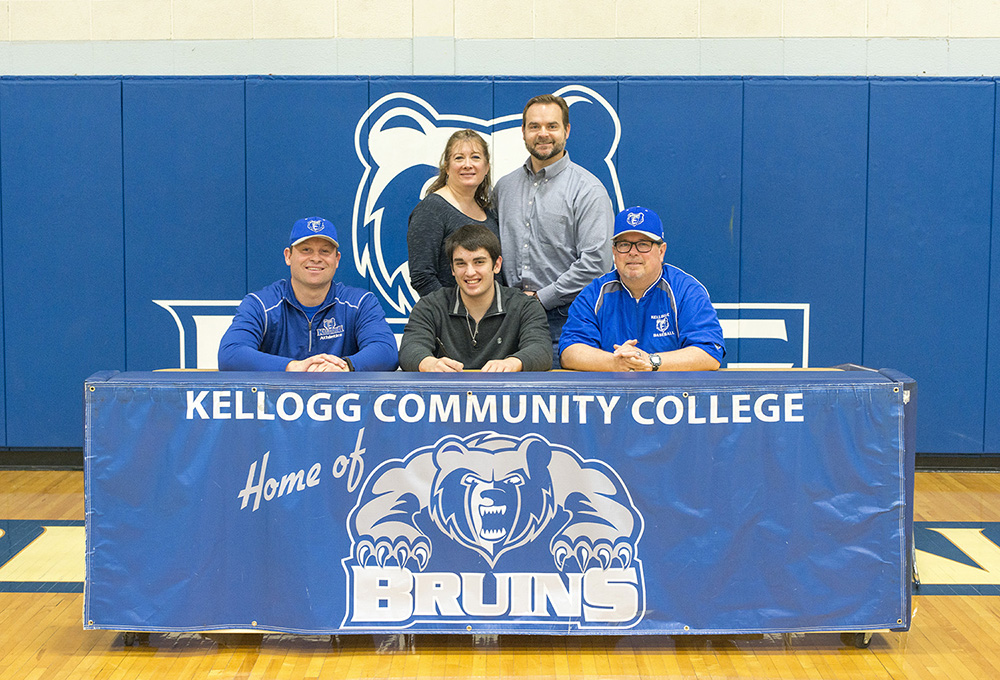 Nathan Lohmeier, of Hartland, has signed a National Letter of Intent to play baseball at Kellogg Community College and will begin playing for the Bruins next season.

“Nate is a talented pitcher from one of the state’s top programs,” said Head KCC Baseball Coach Eric Laskovy. “He is a tireless worker, and we think the sky is the limit for what he can do.”