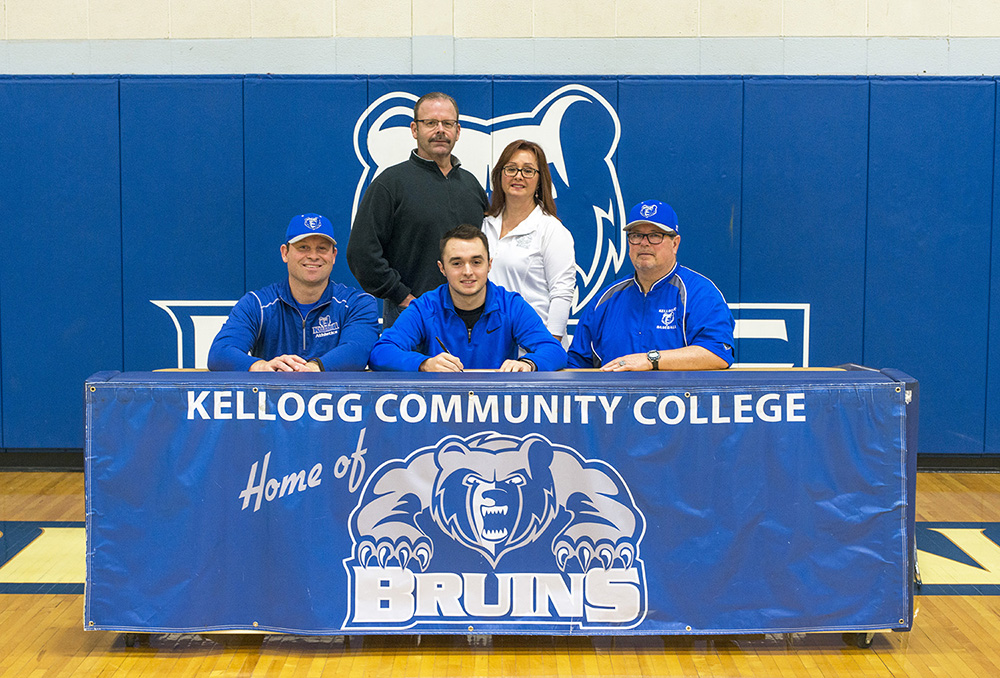 Riley Creamer, of Lansing, has signed a National Letter of Intent to play baseball at Kellogg Community College and will begin playing for the Bruins next season.

Creamer, a senior at Lansing Catholic High School, is a four-year varsity starter who’s earned All-Area, All-District, All-Conference and First Team All-State Honors, in addition to being named to the Lansing State Journal’s “Dream Team.” Creamer hit .474 and hit two home runs his junior year and was named his team’s Most Valuable Player.

“Riley is a highly driven young man and a very good all-around player,” said Head KCC Baseball Coach Eric Laskovy. “We are excited to welcome him into our program!”