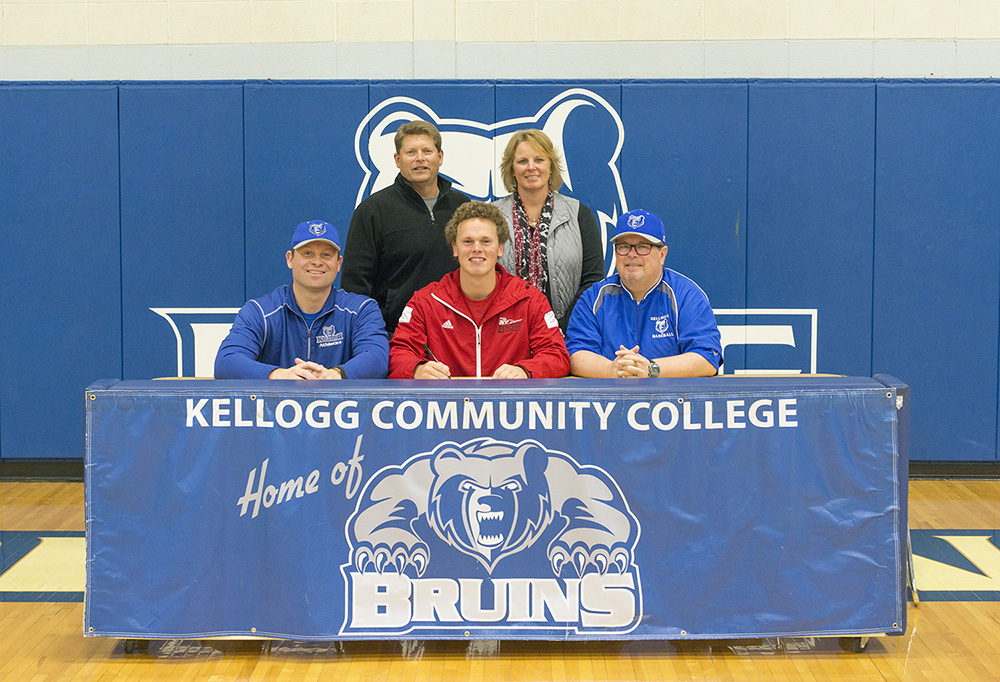 Zach Schultz, of Baroda, has signed a National Letter of Intent to play baseball at Kellogg Community College and will begin playing for the Bruins next season.