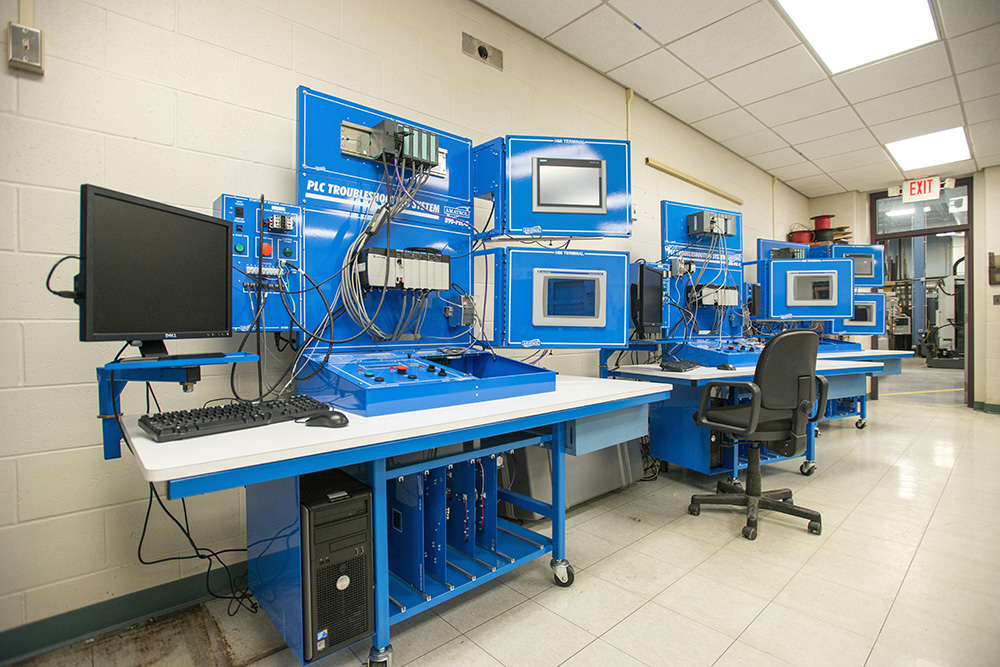 The new equipment, including an industrial Power and Control Electronics trainer and four Programmable Logic Control (PLC) trainers, was funded through nearly $287,908 in CCSTEP funds and a 25 percent funds match of $71,978 from KCC partners Battle Creek Unlimited and the International Brotherhood of Electrical Workers (IBEW).

Tom Longman, director of KCC’s Regional Manufacturing Technology Center, where the trainers were installed last summer, said the new equipment is used mostly by automotive component, metal fabrication and plastics manufacturers. The training had only recently been added to the IBEW’s licensing program, Longman said, and in addition to being a benefit for students, the new equipment makes KCC a destination for licensed electricians returning to KCC for more training.

“The CCSTEP program is designed to assist community colleges like KCC with making student and worker training quicker and more comprehensive and efficient, and these trainers do that at KCC,” Longman said. “The new equipment makes learning faster and easier, both for students new to the program and for licensed technicians returning to the RMTC for more training.”

In addition to the PLCs, KCC also received some additional equipment that updates the College’s industrial wiring curriculum and a second Power and Control Electronics trainer that covers electronics applications in manufacturing. Similar equipment is also available to KCC students in Coldwater, where KCC offers training at the Branch Area Career Center.

Pictured in the photo above are PLC trainers installed for students at KCC’s RMTC in Battle Creek.