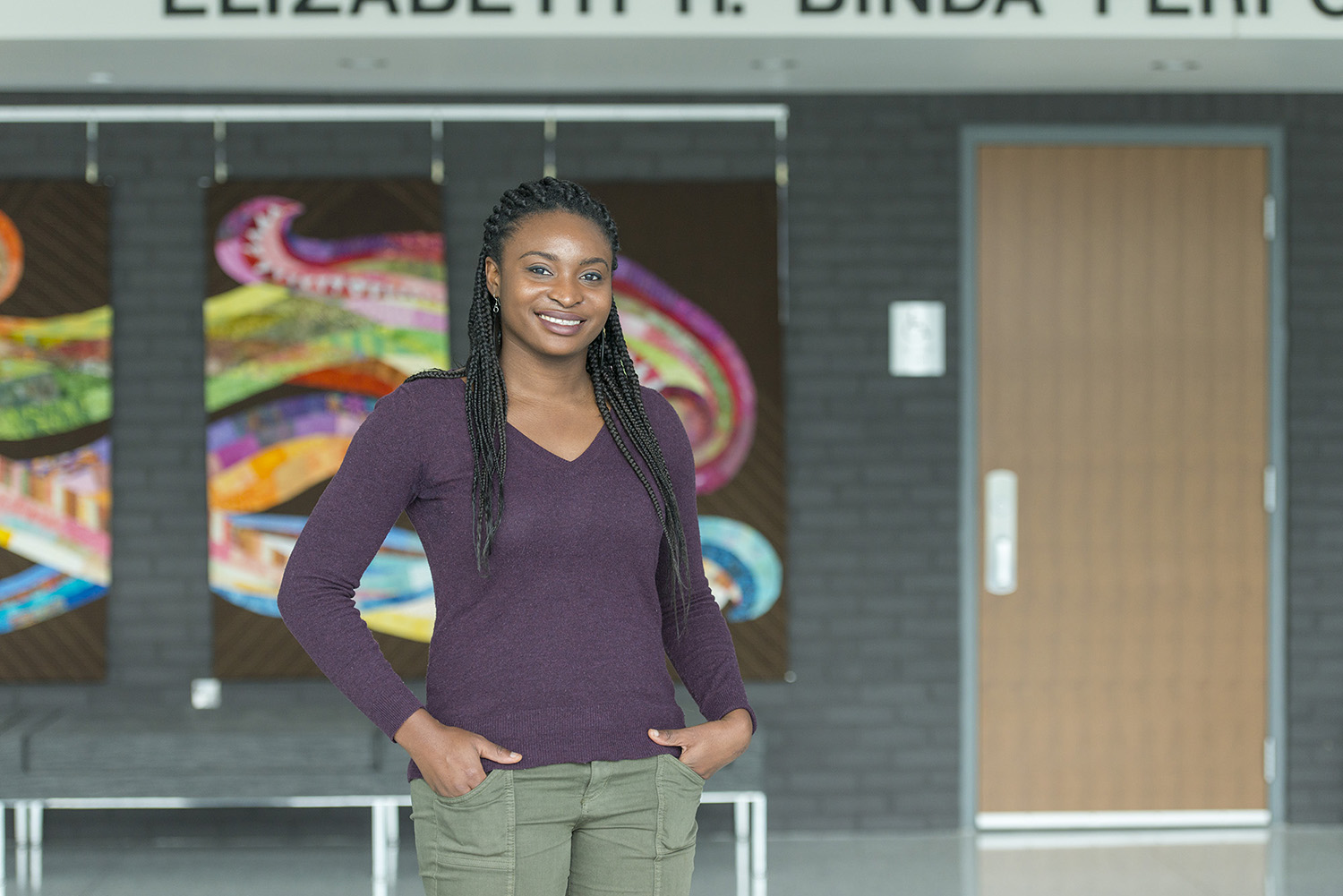 For many college transfer students, making the transition from community college to a university can be daunting, especially when the university is far away from home.

For Kellogg Community College alumna Eucharia Ganda, who transferred to the University of Michigan-Flint after graduating from KCC in 2016, the distance of the journey after KCC was nothing compared to the distance she traveled after high school.

Ganda, 25, lived in Italy for more than a decade before coming to Battle Creek to study business administration at KCC. Staying with a cousin studying nursing at the College, Ganda says she had a rough first year. But after getting more involved through service-learning projects like Bruins Give Back, student groups like the Phi Theta Kappa honor society and work on campus as a student working in the Testing & Assessment Center, Ganda found her place at KCC.

By the time she graduated from KCC, Ganda had been named Outstanding Business Management Graduate and was one of just two students in her graduating class named to the All-Michigan Academic Team at the College’s annual Awards Banquet in 2016. While at KCC she’d also been recruited for a yearlong internship with the State of Michigan working with a business analyst in Lansing, an experience that led her to pursue that career herself by transferring to U of M to study computer information systems.

Ganda has been assisted on her path after KCC as a recipient of the Robert F. Hites Transfer Scholarship, a transfer scholarship awarded to KCC graduates transferring to four-year schools. The scholarship grants recipients $3,000 each year for two years, for a total of $6,000.

When she found out she received the scholarship, “It was huge news,” Ganda says. “I immediately called my friends back home and said, you won’t believe this! Look at what I got! It was a huge relief.”

Without the help of the Hites scholarship, Ganda, who works as a resident advisor to help her cover room and board at U of M, says she would’ve had to find other ways to make up the cost of her education, costs which are even higher than they are for many students because she’s an international student with higher tuition rates.

With the scholarship boost from the KCC Foundation, Ganda plans to graduate from U of M in 2019 and go wherever her career takes her, closer to home or abroad.