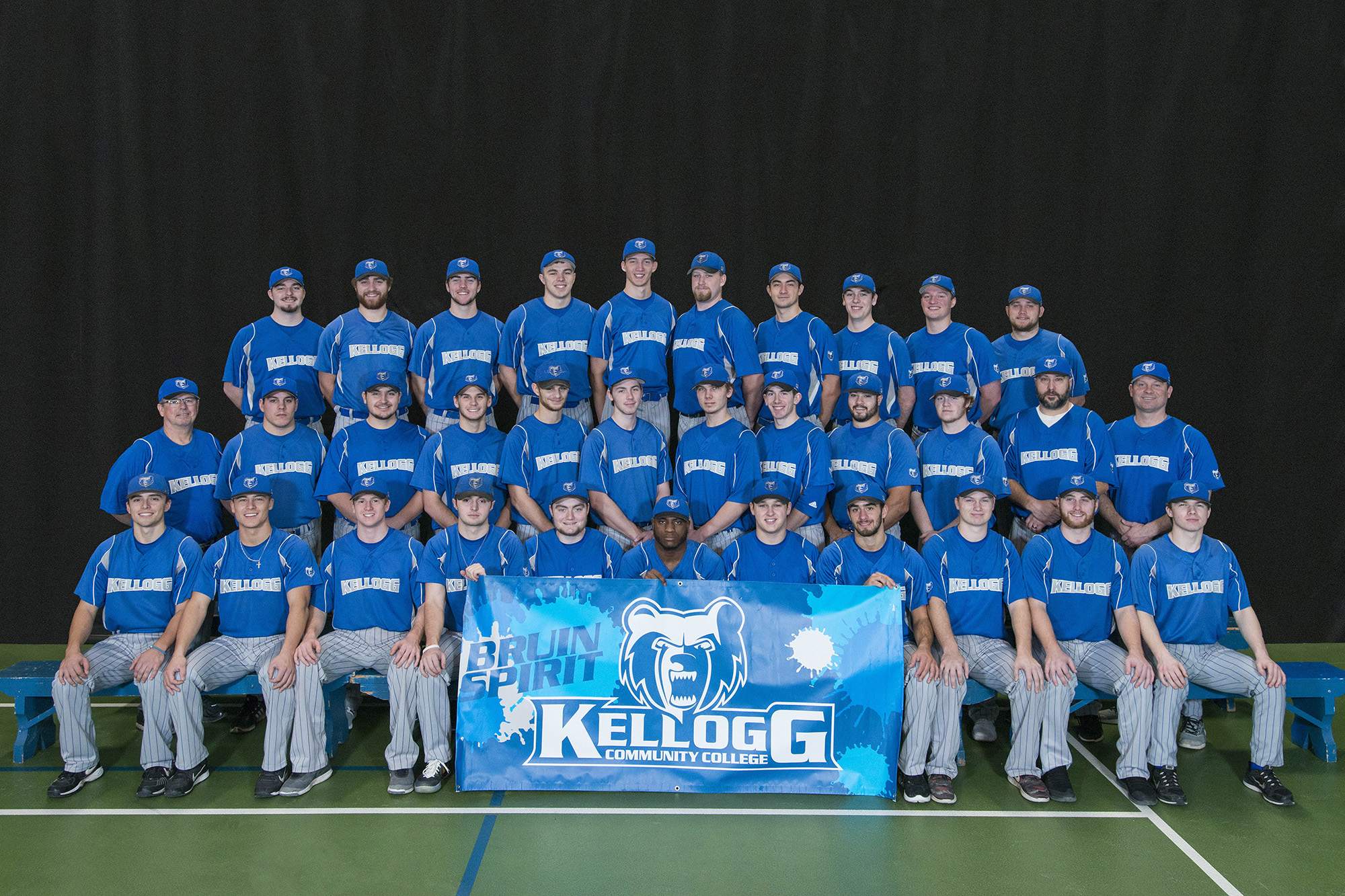 Kellogg Community College baseball returns to the field this month with a young team ready to face the season head on.

The Bruins finished up their 2016-17 season last spring as conference and state champions, ending with an overall record of 34-17-2 and a conference record of 20-4.

Head Coach Eric Laskovy said this year’s team still has a core of offensive players that will score runs this season, even though some standout players such as Cooper Marshall, Bailey Peterson, Mitch Weber and others have moved on to play at four-year schools.

“This year’s class has quite a few local guys,” Laskovy said. “Talented players like Zach Smith, a right handed pitcher from Harper Creek; Gavin Homer, a really athletic player from Battle Creek Lakeview; and on and on. We have a really good local crop this year and we look forward to seeing how these guys progress.”

Laskovy said the team’s been defensively shored up, as well, and he’s confident in his freshman pitchers who are replacing some starters who left last year.

The Bruins’ first official game of the season will be against Louisiana State University at Eunice Feb. 23, kicking off KCC’s annual spring trip down south. LSU Eunice has already won the first several games of their season.

“We do have some talented, young arms,” Laskovy said. “We just can’t wait to see how they respond to a little adversity. They’re going to find some really quickly as we open up with LSU Eunice, who has 10-run-ruled almost everybody they’ve played already.”

Other strong opponents this season will include Sinclair Community College of Dayton, Ohio, as well as conference community college opponents from Grand Rapids, Jackson and Lansing, Laskovy said.

“We’ve been fortunate to have won seven out of the last 10 conference championships and we know that everybody’s gunning for us,” Laskovy said. “We look forward to embracing that challenge with a relatively young team.”

For a full KCC baseball season schedule, team roster and links to statistics and team and player photos, visit www.kellogg.edu/baseball. KCC baseball head coach Eric Laskovy can be reached at 269-965-3931 ext. 2536 or laskovye@kellogg.edu.

Click here to view high-resolution team and individual KCC baseball photos in a gallery on KCC’s Flickr page. The photos may be downloaded for use by fans and the media.