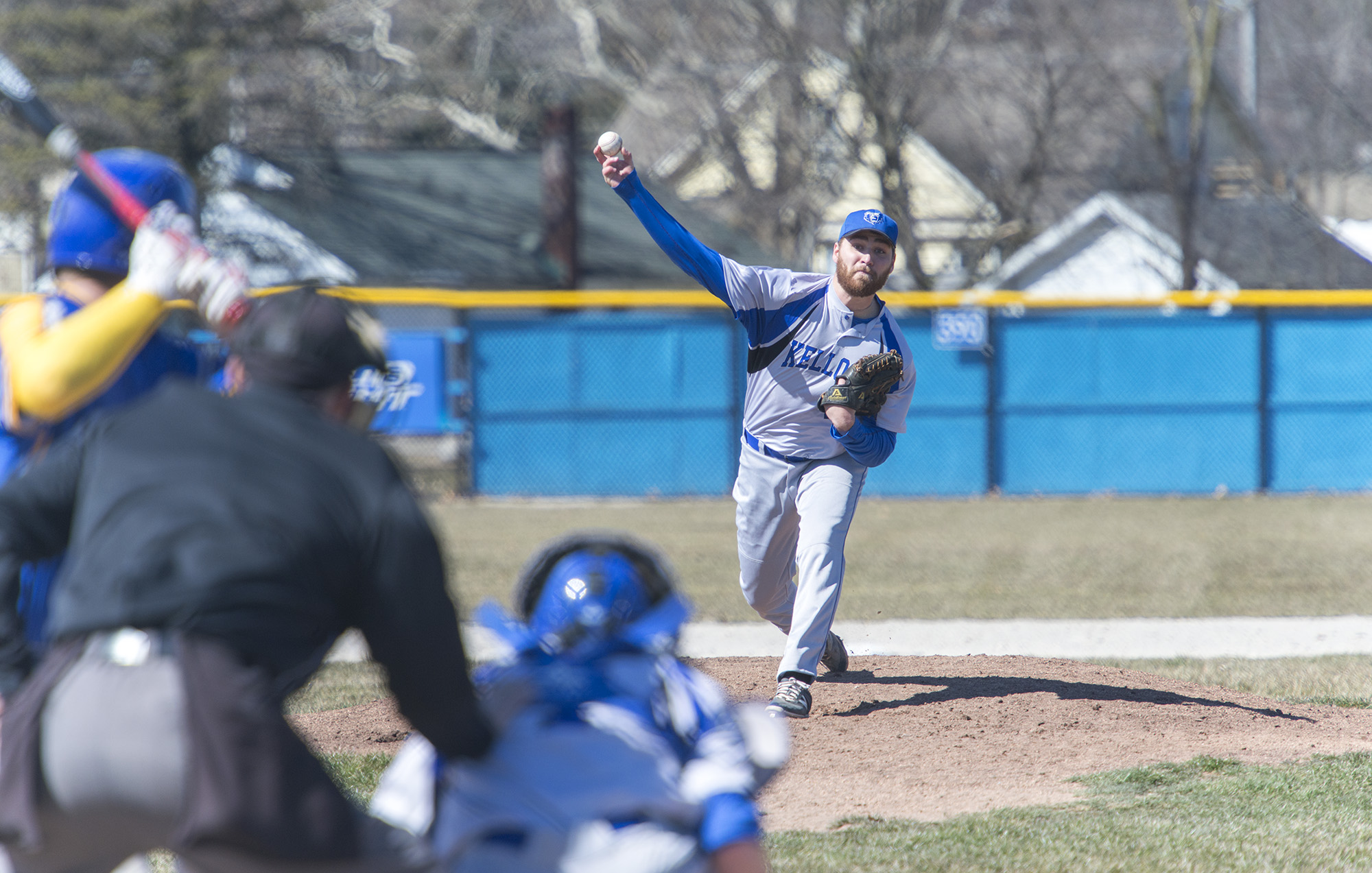 Below are results for the Bruins’ last four games. To sign up to receive KCC baseball results by email, visit www.kellogg.edu/baseball and fill out the “Get KCC Athletics Results by Email” form on the left side (desktop) or bottom (mobile) of the page. You can also get real-time updates from the team by following the Bruins on Twitter at https://twitter.com/BaseballKellogg.

KCC baseball defeated Ancilla College 17-2 in the first of a four-game series that began with a doubleheader on Thursday, March 22, in Donaldson, Ind.

At the mound, right-handed freshman Blake Bales (Schoolcraft/Schoolcraft High School) got the win in five innings pitched, striking out 10 while allowing four hits and a single run.

At the mound, right-handed freshman Ethan Eldridge (Battle Creek/Lakeview High School) got the save in three innings pitched, striking out five batters and allowing no runs.

The Bruins won their first home games of the season Friday, March 23, at Bailey Park in Battle Creek, starting with a 7-1 win over Ancilla in the first game of an afternoon doubleheader.

Carmola led the Bruins on offense, hitting 2-3 including a triple, a double and an RBI. On the mound, right-handed sophomore Zach Smith (East Leroy/Harper Creek High school) got the win in five innings pitched, striking out nine while allowing four hits and no earned runs.

“Zach pitched over some early mistakes and set the tone for a nice home opening sweep,” Coach Laskovy said.

KCC won game two of the team’s first home doubleheader of the season 24-4 over Ancilla.

At the mound for the Bruins, right-handed freshman Mark Scannell (Grand Rapids/Forest Hills Central High School) got the win in three innings pitched, striking out five and allowing no runs.

The recent wins bring the Bruins’ overall record for the season so far to 13-4 and their conference record to a perfect 4-0.

The team’s next game begins at 3 p.m. Wednesday, March 28, against Concordia University’s JV team at Bailey Park in Battle Creek.