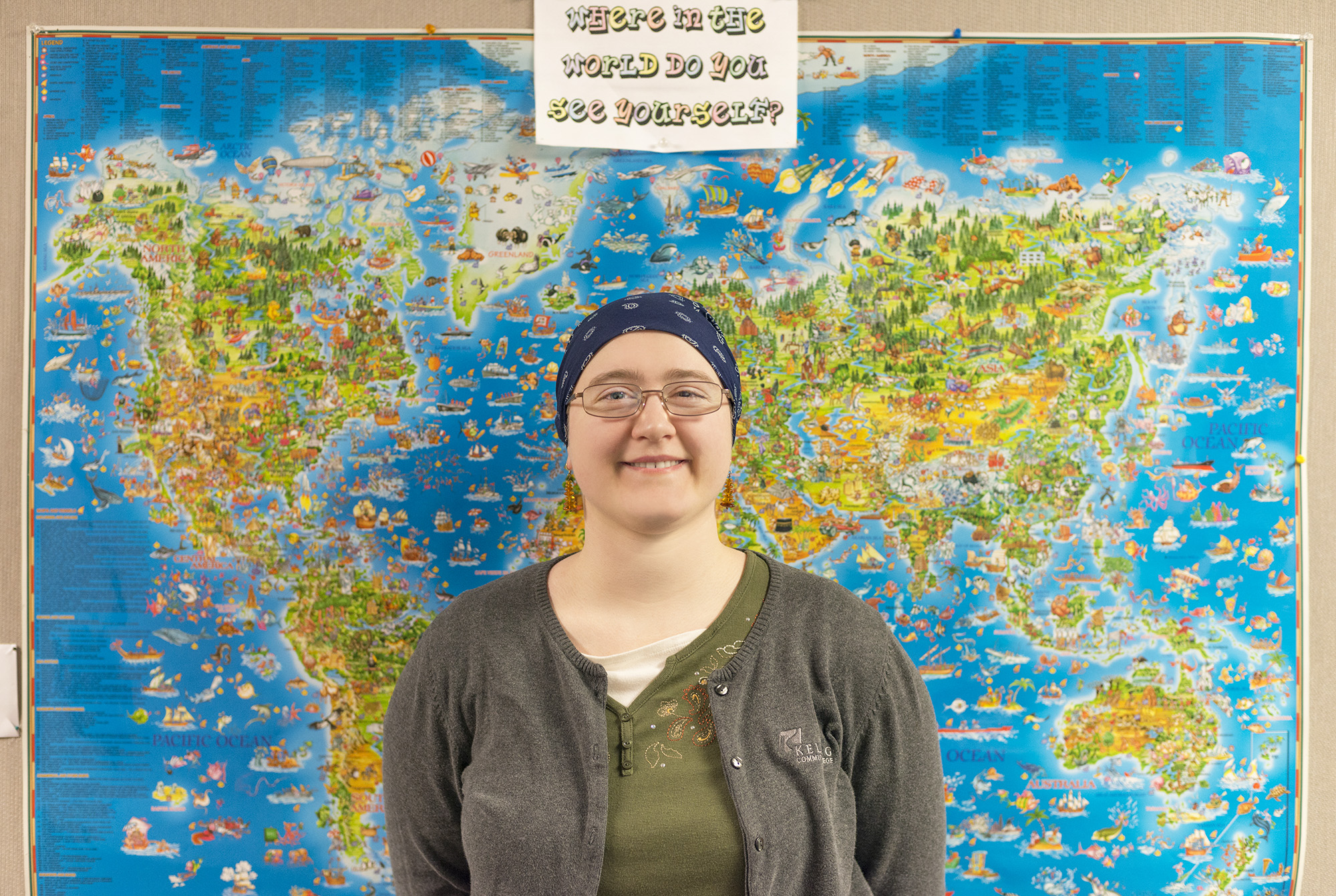 Diana Campbell is the first person in her immediate family to earn a college degree – let alone four.

For Campbell, a student at Kellogg Community College and Western Michigan University, the possibilities of a college education are endless. During her time at KCC, Campbell has earned three associate degrees, including degrees in art, science and international studies. She’s currently taking chemistry classes at KCC and attending WMU full time, double-majoring anthropology and biology with minors in chemistry and Spanish.

Campbell’s current KCC course load will earn her a fourth associate degree – an Associate Degree in General Studies – in May. She initially chose KCC because it was closer to home and more affordable than other options.

“It was the best start I could have had,” Campbell says. “I had no concept of any community college stigma; I just wanted a better life, and the first step was a two-year degree.”

KCC helped Campbell make that better life possible. At one point she felt lost and without direction, unemployed and essentially homeless. She eventually earned a GED and found herself at KCC, where she forced herself to get involved on campus. She joined the KCC chapter of the Phi Theta Kappa national honor society, became a PTK officer, participated in three international travel classes and has been involved in several aspects of student leadership at KCC, including membership on KCC’s first Student Advisory Board, serving as co-editor of The Bruin student newspaper and leading the Crude Arts Club, an RSO for student writers.

“I am a completely different person than the timid, insecure girl who walked up the steps that day almost four years ago now,” Campbell says. “I found support, kindness and respect for my hard efforts at KCC, and now I have a future and life ahead of me that I never had before.”

Ultimately, Campbell aspires to become an archaeolinguist, a person who examines archaeological and linguistic evidence to fill in historical gaps or balance biased historical accounts. She wants to specialize in linguistics because of her love for language, and can speak in English, American Sign Language (ASL) and Spanish, with hopes to learn Arabic, Gaelic and German. She plans on continuing her education to earn a doctorate in linguistics in the future, possibly from a university outside of the U.S.

It’s a future that’s a far cry from her troubled past, and it all began with her decision to return to school.

“It was a huge step,” Campbell says. “When I made the decision to go back to college, everything changed. I got back on my feet.”