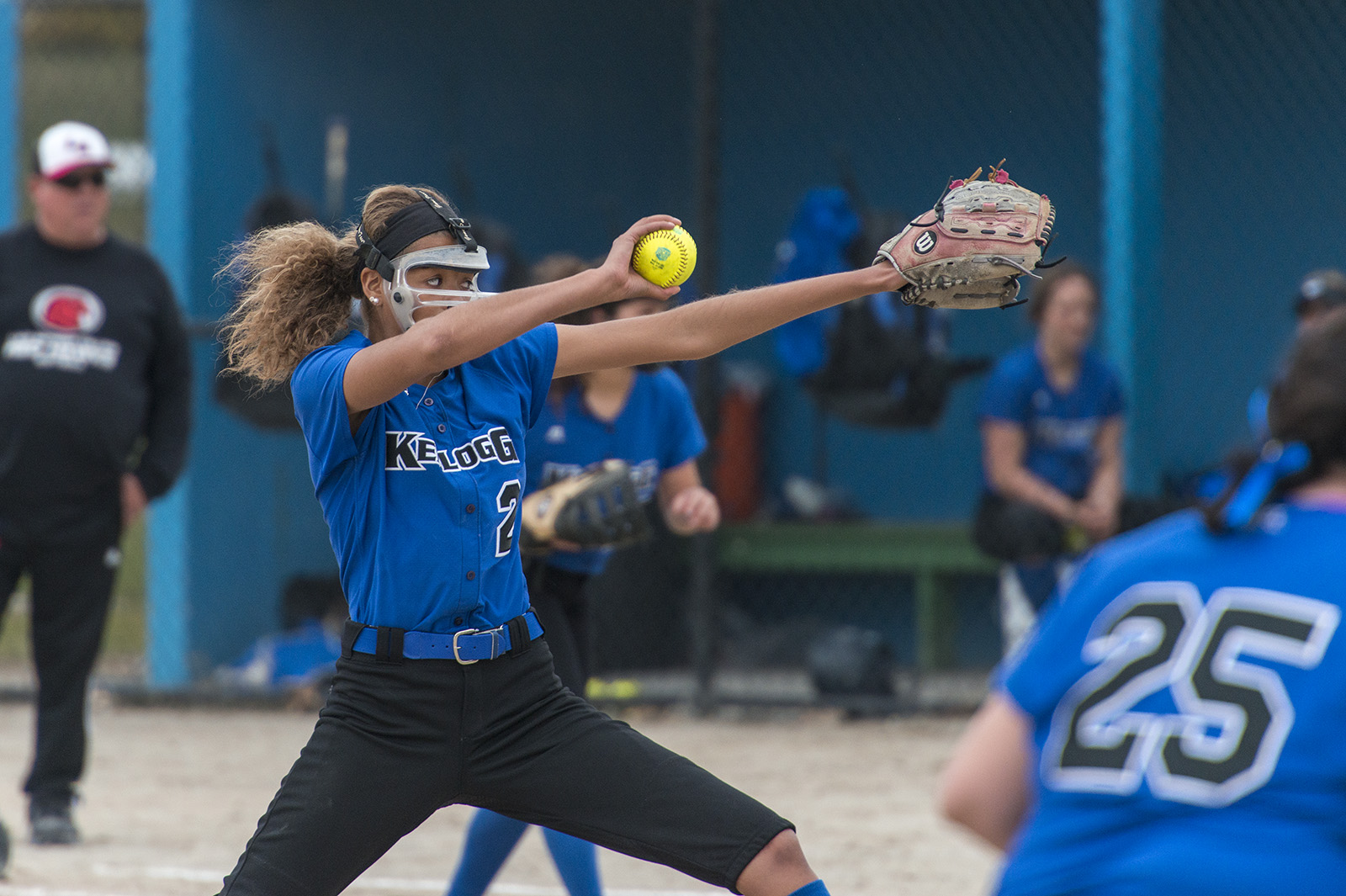 KCC fell 6-0 against LMC in the first game of an afternoon doubleheader Thursday.

Head KCC Softball Coach Mike Miller said the Bruins missed a “golden opportunity” early in the game, loading the bases in the bottom of the first with no outs.

“She had command of her pitches and they dinged us twice for three runs in the fourth and seventh, but otherwise we played well,” Miller said.

The Bruins were back in winning form for game two Thursday, besting LMC 3-0.

Freshman infielder Katelyn Leckie (Parchment/Parchment High School) led from the plate, hitting 2-3, including an RBI. Renfroe hit 1-2 with two RBIs, while Roan hit 1-3, including a double.

Coach Miller said KCC scored three runs in the third with two outs and held the Red Hawks in check to get the shutout victory.

“Kylie had a good pace and the defense played solid behind her,” Miller said, adding that the Bruins rallied in the third inning.

“That’s a good sign to rally with two outs and get three runs,” Miller said. “We stranded seven baserunners, but we created scoring chances.”