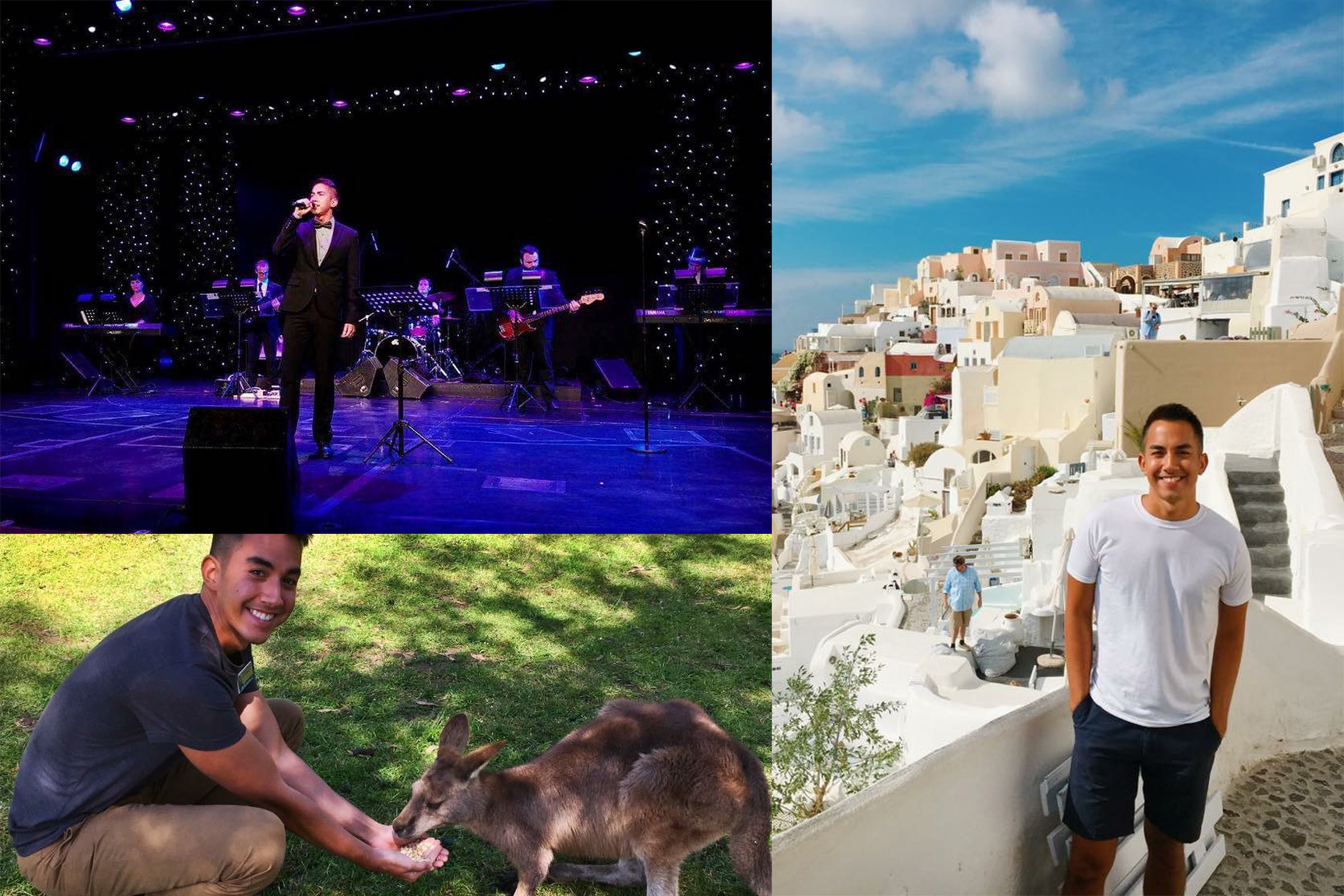 Trevor Roderick wanted to work in musical theater as a teen but he wasn’t quite ready when he finished high school.

At the time, Roderick, a 2007 graduate of Jonesville High School, was singing in Kellogg Community College’s Branch County Community Chorus, where he met Dr. Gerald Case-Blanchard, coordinator of KCC’s Music Program and director of the College’s choirs and vocal arts programming.

After high school, Blanchard recruited Roderick to sing for KCC, where over the course of two years he’d ultimately participate in studio voice, the Kellogg Singers and the Concentus Vocal Ensemble – the College’s premier choral group – before graduating with Associate in Arts and Associate in General Studies degrees in 2009.

“Blanchard took an interest in me and suggested I attend KCC, so I trusted his insight,” Roderick, now 28, says today. “It was the right choice.”

After KCC, Roderick transferred into the Musical Theatre Program at Texas State University, graduating in 2011. Today’s he’s a professional actor, singer, dancer and musical theater performer whose work has taken him around the world, from the Hawaiian islands to Alaska, from Canada to Mexico and Central America, from Europe to Australia, New Zealand, Fiji and many more locations around the globe.

For the past five years he’s worked as a guest entertainer and production singer for the Holland America and Norwegian cruise lines.

“It’s an exciting career that has taken me all over the world. I wouldn’t have changed it for anything and it all started at KCC,” Roderick says. “I’ve worked in regional theater, music videos, commercials, industrials and I’ve been fortunate enough to earn a living as a musical theater actor and vocalist thanks to the training I got at KCC.”

Blanchard, who keeps in touch with many of his former students via social media and email, remembers Roderick as “an excellent student who had a passion and love of music,” who was “extremely talented, dedicated and disciplined” in his studies at KCC.

“Trevor has always been one of those special students I have always believed would find success,” Blanchard says. “I’m extremely proud of him and his creative work as an artist.”