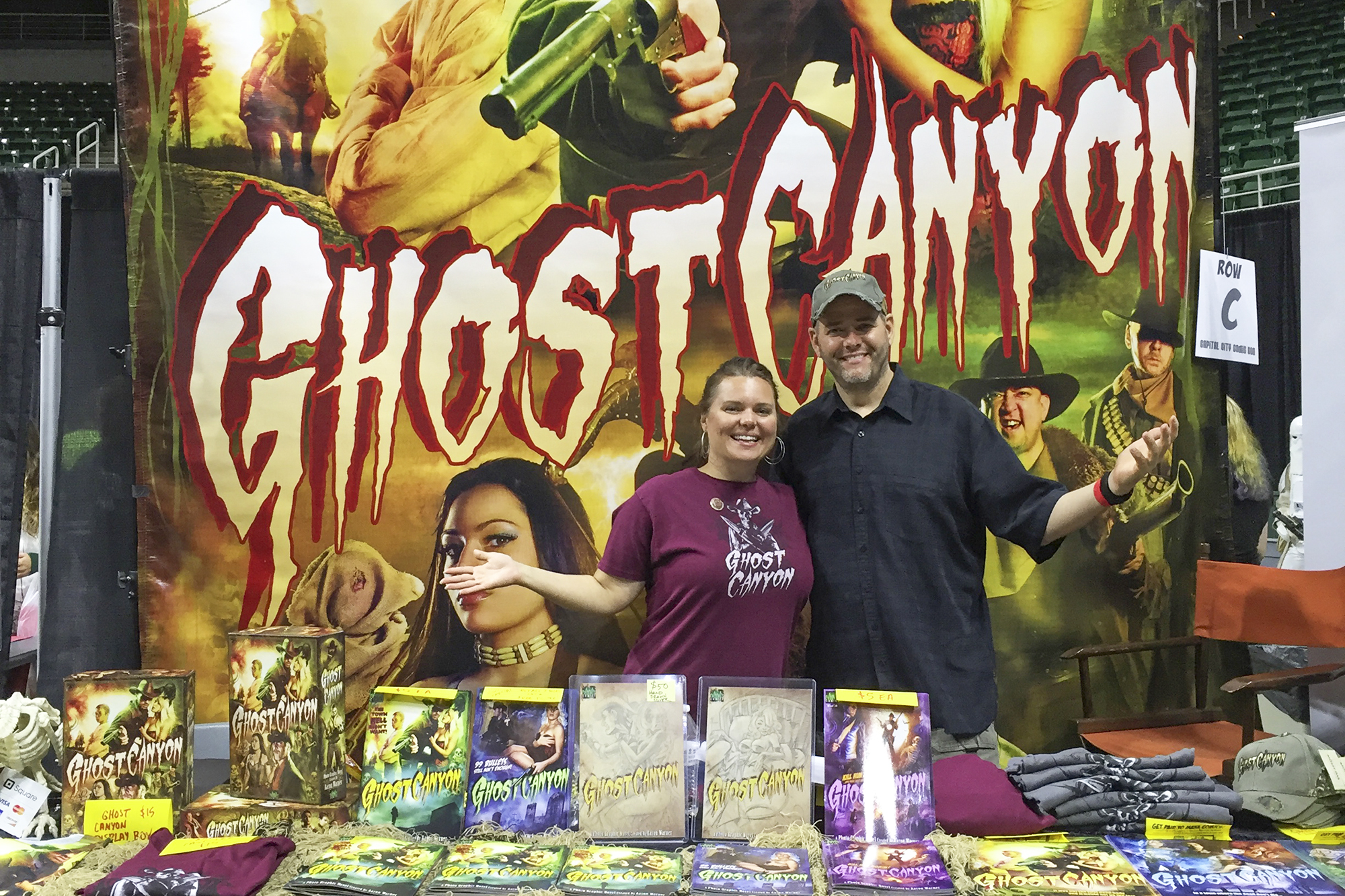 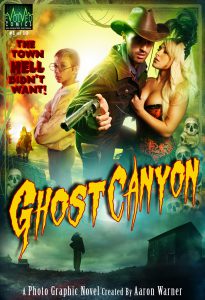 Kellogg Community College is going all-out to showcase the art of KCC alumni and comic creators Aaron and Angie Warner with an exhibit, reception, silent auction and panel discussion this month on campus in Battle Creek.

All events are free and open to the public.

The exhibit is titled “Evolved Comics: The Reinvention of Sequential Art from Comic Strips to Comic WOW!” and will run from Nov. 6 through 30 at the Eleanor R. and Robert A. DeVries Gallery in KCC’s Davidson Visual and Performing Arts Center, on campus at 450 North Ave., Battle Creek. The exhibit is free and open to public for viewing during regular gallery hours, which are 8 a.m. to 4:30 p.m. Mondays through Fridays.

The Opening Reception for the exhibit will be held from 4 to 6 p.m. Thursday, Nov. 8, at the gallery, and will include a silent auction with original art, autographed comics and children’s books, hats and T-shirts and rare comic-themed collectibles. All proceeds from the auction will benefit the Warner’s ArtWish mission to put art supplies in the hands of kids who otherwise may not have access.

For artists and cartoonists interested in learning more about the comic business, the Warners will host a panel discussion from 3 to 4 p.m. Nov. 8 in the Davidson Auditorium, which is adjacent to the campus gallery. In addition to answering questions from those in attendance and providing insight to life as a cartoonist, the Warners will be giving out free books to those who attend.

This will be a fun, unique opportunity to meet working artists, culminating with the Opening Reception for the art exhibit later the same day.

The “Evolved Comics” exhibit will features dozens of samples of the Warners’ work covering more than 30 years of syndicated newspaper strips and critically acclaimed comic book series. On display will be samples of original newspaper comics, book cover art and enhanced photography from their new Ghost Canyon comic series, an innovative take on the genre featuring live-action characters and locations replacing the traditionally flat, line-drawn subjects with highly cinematic photographs.

“Creating something every day, it’s easy to get bored doing the same formula over and over, so I try new techniques to keep the creativity exciting and challenging for me, and I hope the reader,” Aaron Warner says in his artist’s statement for the exhibit. “As movies and television bring viewers into more dramatic effects and intense visuals, comics must compete at this level if they want their fair share of attention from today’s audiences.”

For more information about the “Evolved Comics” exhibit or related activities at KCC, contact Photography and Multimedia Program coordinator, gallery director and art professor Ryan Flathau at 269-565-7880 or flathaur@kellogg.edu.

Comic artist Aaron Warner has created newspaper comic strips, comic books, children’s books and even new product designs for some of the world’s largest corporations, and one thing they all have in common is innovation. For more than 10 years, the critically acclaimed and wildly popular Adventures of Aaron comic strip was read by more than 6 million newspaper readers, spawning two comic book series with Image Comics: Adventures of Aaron and Aaron Strips, which garnered a Reuben Award nomination from the National Cartoonist Society.

Warner’s first syndicated feature, Adventures of Aaron, brought the dramatic art style and digital coloring of comic books to newspapers that was a hit with the massive following of readers enjoying a more exciting style. A College Girl Named Joe allowed Warner to experiment with how daily comic strips are made, developing behind-the-scenes tricks to keep up with the demand of daily content. Now with Ghost Canyon, Warner breaks the traditional mold of line-drawn comic books by instead producing cinematic visuals using special effect-enhanced embellished photos that bring readers a much more realistic experience.