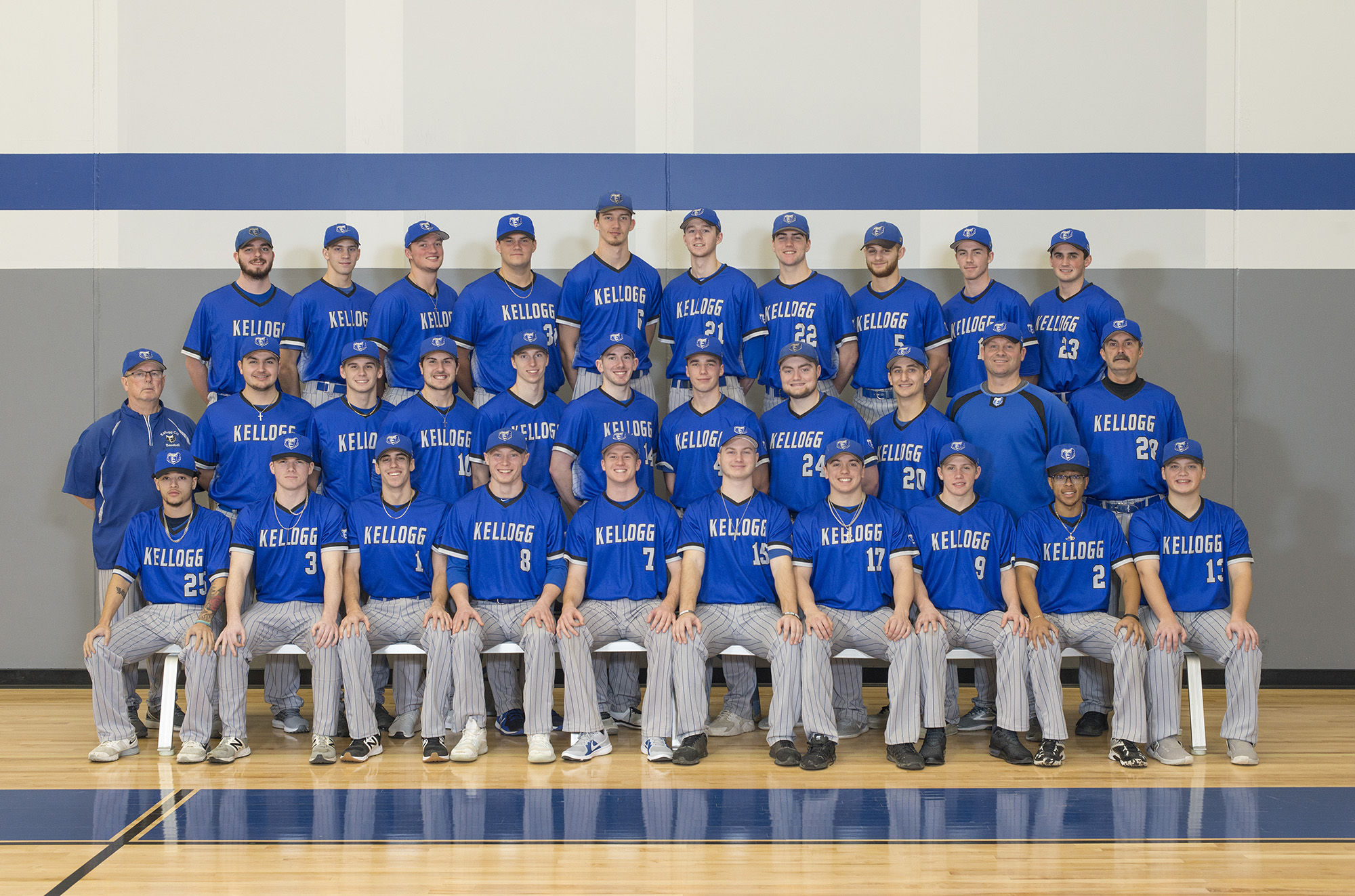 The slow start is due in part to a tough spring schedule that saw the Bruins taking on some of the top-ranked teams in the nation in Louisiana last month.

Head Coach Eric Laskovy acknowledged the team’s difficult competition last week after a doubleheader loss against Sinclair Community College in Ohio, among the Bruins’ first games since returning from down south.

The team had played seven games against the nation’s No. 1 and No. 2 ranked teams, he said.

“We have been competitive but have yet to get the offense clicking,” Laskovy said, adding that the team’s been encouraged by their starting pitching, which continues to improve. “We are off to a slow start offensively, but expect to see an improved approach and competitiveness in our upcoming games.”

In the single 10-inning game on Tuesday, freshman Connor Brawley (Stevensville/Lakeshore High School) led the Bruins on offense, hitting 2-3 with a home run and 4 RBIs. Brandon Haynes (Climax/Climax-Scotts High School) hit 2-5 with a double and an RBI.

Laskovy said the Bruins showed some fight coming back from a four-run deficit in the ninth inning, but “lost a heart-breaker” in the 10th.

“We will get it worked out before conference play starts next week,” Laskovy said.

Depending on weather, the Bruins play next at 3 p.m. Friday, March 15, against Siena Heights University’s JV team in Adrian. The team’s first home game is scheduled for 1 p.m. Saturday, March 23, at Bailey Park in Battle Creek.