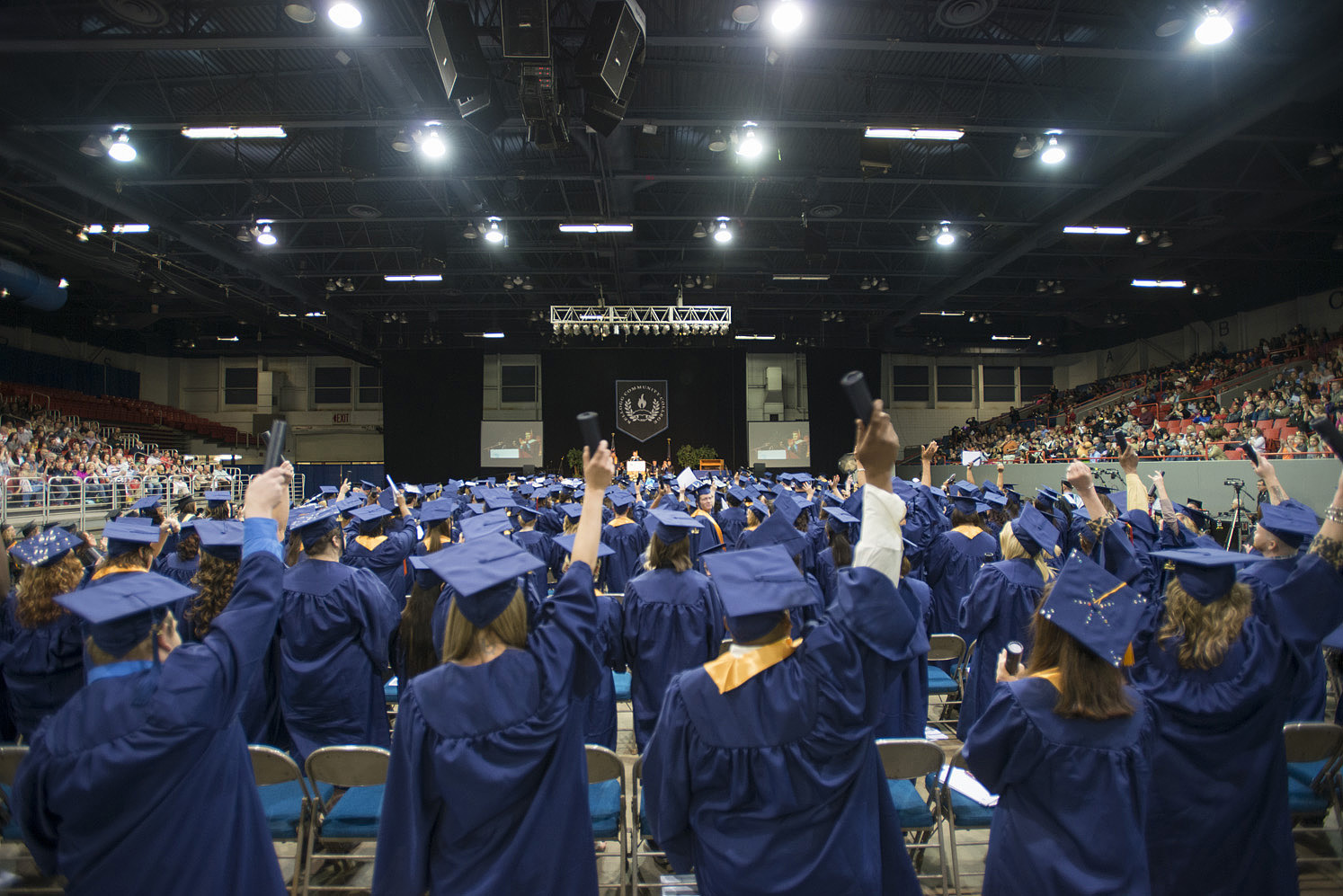 Kellogg Community College is actively seeking former students who may have already earned, but never claimed, their associate degrees from KCC.

The effort to contact and assist such students, as well as other students who are close to completing a degree, is part of the Degrees When Due initiative led by the Washington, D.C.-based Institute for Higher Education Policy. The initiative is designed to help states and postsecondary institutions improve degree-completion as a way to help people “finish what they started and get back on the pathway to economic and social prosperity,” according to a 2017 IHEP report.

“In many cases, our Bruins have already put in the work and accumulated enough credits, or nearly enough credits, to earn a degree. Now, the College would love to recognize them with a formal credential that they can use for advancement in their careers,” said Colleen Wright, registrar at KCC.

If you have earned enough credits for a degree, or if you know someone who has, please contact the KCC Registrar’s Office at records@kellogg.edu or Academic Advising at advising@kellogg.edu.

In addition to contacting students who have earned enough credits for a degree, KCC has begun reaching out to students who may be just a few credits short of an associate degree. KCC has sent mailings, made phone calls and placed advertisements in its outreach attempts.

“Michigan community colleges are contacting former students who met all the requirements for an associate degree to make sure they receive the degree they earned,” said Erica Orians, executive director of the Michigan Center for Student Success within the Michigan Community College Association, which also is part of the Degrees When Due initiative. “We are thrilled to be part of the Degrees when Due project that helps us share this great news with people all across Michigan.”

Earlier this year, Michigan expanded participation in the nationwide initiative, adding three community colleges – including KCC – to the 11 institutions who participated in the initiative last year.

According to the MCCA, approximately 1 million working adults in Michigan have earned some college credit or some type of credential but never earned a degree.

The Institute for Higher Education Policy is a nonpartisan, nonprofit research and advocacy organization that is committed to promoting postsecondary access and success for all students, and especially students who are underrepresented in higher education. Established in 1993, the Washington, D.C.-based organization produces timely research and leads innovative initiatives to inform federal, state and institutional policies and practices.