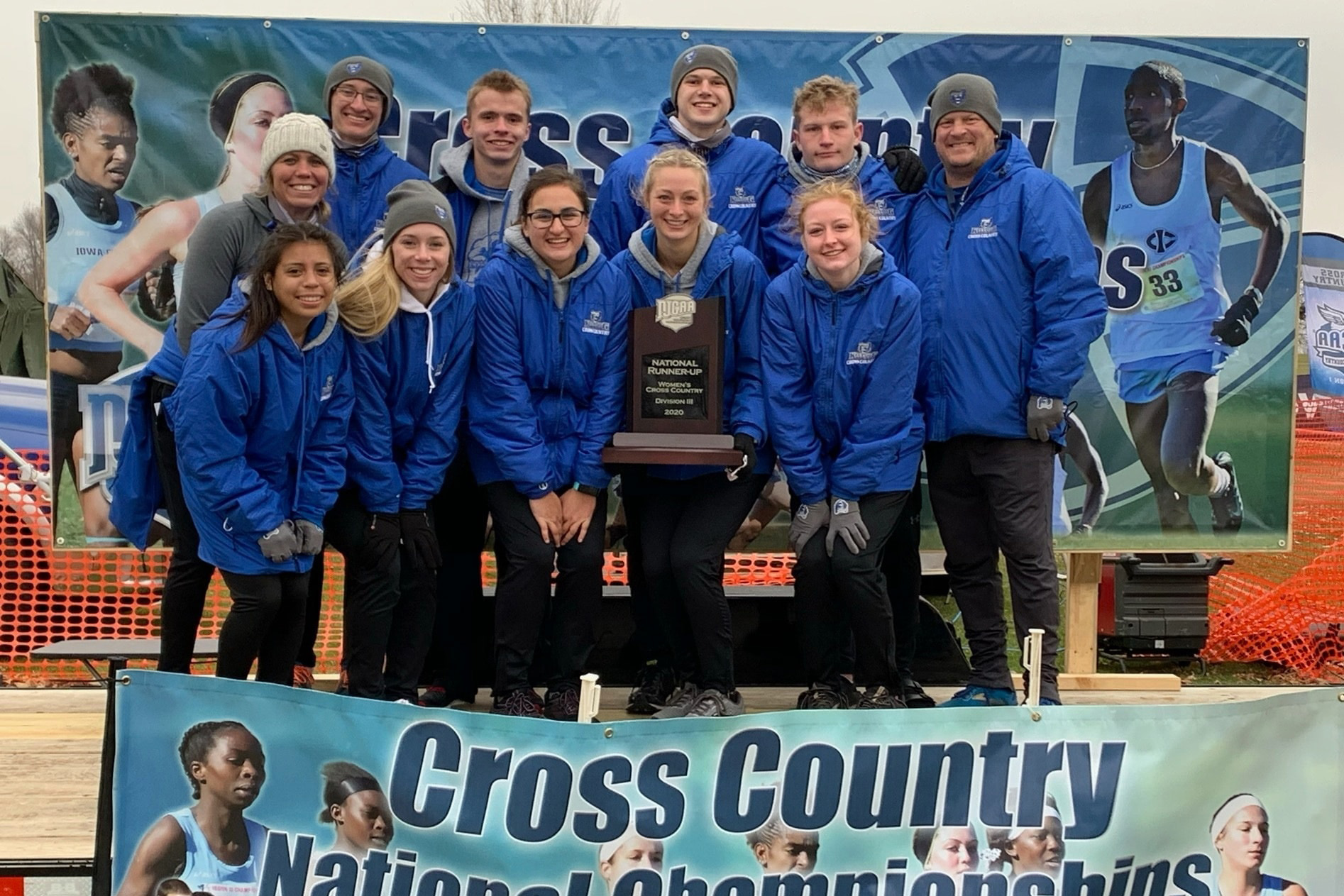 The Bruins finished just six points behind national champion Joliet Junior College, of Illinois, in the final meet of the season, which was held in Fort Dodge, Iowa.

KCC’s men’s team fielded too few runners to score as a team, but had a strong showing in freshman Brian Frazee, whose third-place finish earned him First Team All-American honors in the 8K men’s race.

Erin Lane, head coach of KCC’s men’s and women’s cross country teams, said she couldn’t ask for more from the women’s team, with four of the five running lifetime- or season-best times.

“Emma ran most of the race right on the shoulder of the eventual winner. It was exciting to see her up there racing, doing exactly what we knew she was capable of. Hannah and Kennedy ran very solid races as well,” Lane said. “Unfortunately, we just missed edging out Joliet for the national title, but we are thrilled to bring home the runner-up trophy and four runners who earned All-American honors.”

Frazee continued to amaze with another strong performance, Lane said.

“He had an amazing freshman year and is only going to get better and stronger moving forward,” she said.

Full results for the women’s race can be found at https://mccaa.org/sports/wxc/2020-21/files/Results/20njcaad3wxcmeet.pdf.

Full results for the men’s race can be found at https://mccaa.org/sports/mxc/2020-21/files/Results/20njcaad3mxcmeet.pdf.

Click here to view team and individual photos of KCC’s 2020-21 men’s and women’s cross country teams on the College’s Flickr page, which may be downloaded for use by fans and the media.

The above photo from the National Championship meet is courtesy of Coach Lane.