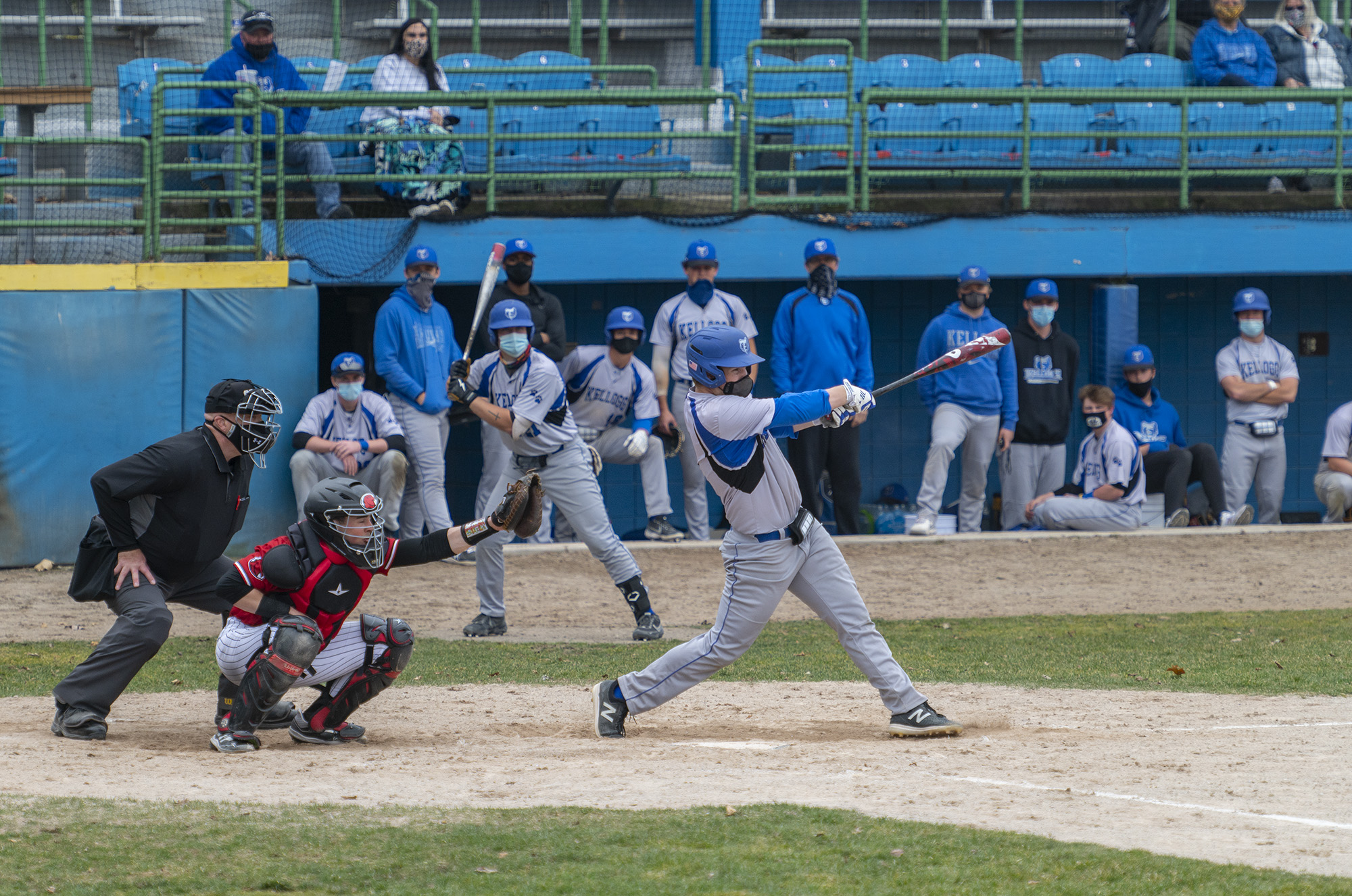 The Kellogg Community College baseball team opened season play with a doubleheader win over Lake Michigan College at home Thursday, besting the Red Hawks 8-2 in game one and 13-6 in game two.

Freshman pitcher Jayden Dentler (Allegan/Otsego High School) led the Bruins from the mound in game one, pitching 6.1 innings and striking out eight while allowing just two hits and a single earned run.

“Proud of our effort and resiliency in game two,” Laskovy said. “LMC took the lead and the momentum in the fifth inning. We answered in the bottom half of the inning and added to it in the sixth to seal the win.”

As of this writing the Bruins are ranked first in the team’s Michigan Community College Athletic Association Western Conference with a perfect 2-0 conference record and an overall record of 11-2.

The Bruins play next on the road beginning at 1 p.m. Saturday, March 27, when they take on Lake Michigan College for a doubleheader in Benton Harbor. The team’s next home game begins at 3 p.m. Tuesday, March 30, a single nine-inning contest at Bailey Park in Battle Creek. All home games are free and open to the public.