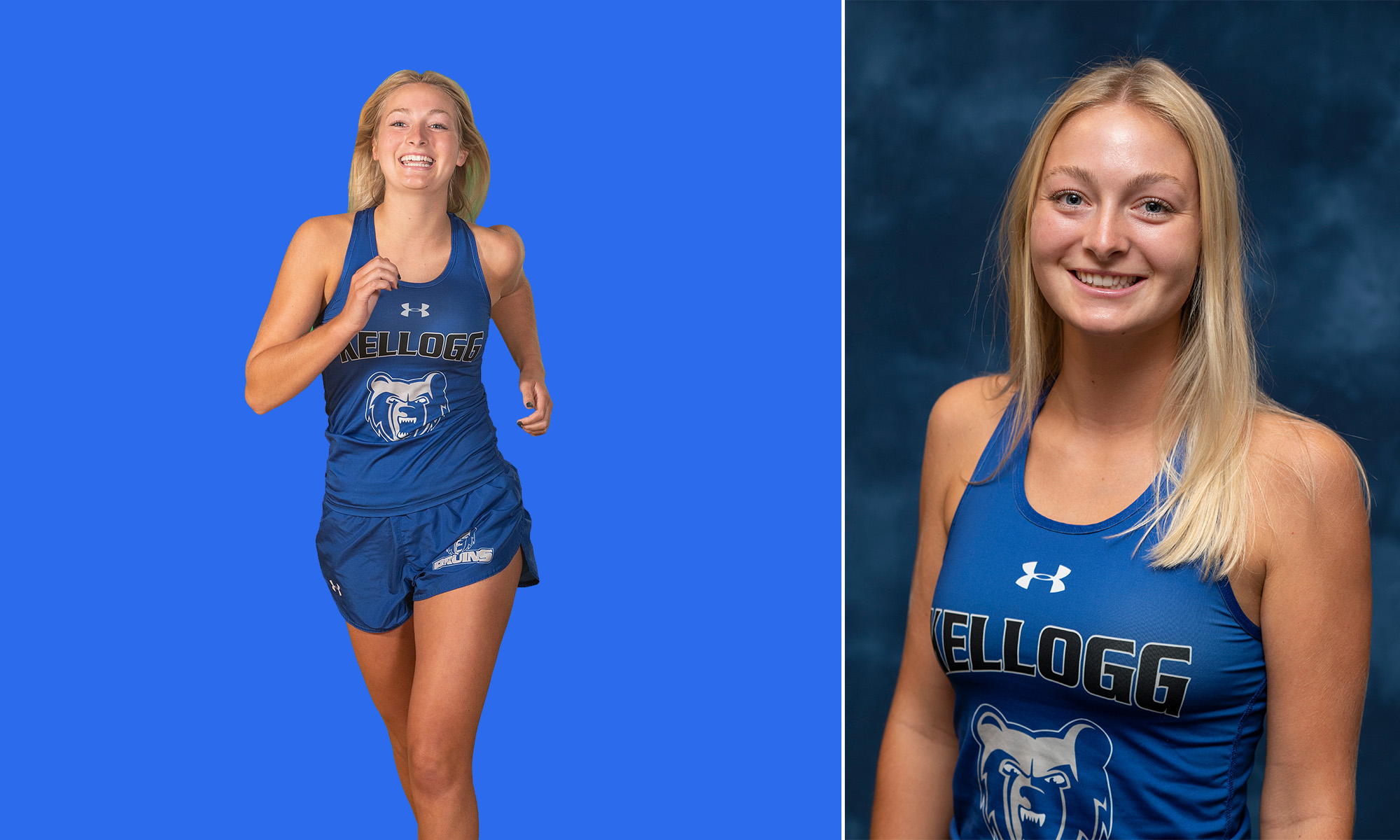 The following is from the Athletics Department nomination of Berning for the award:

Emma is a sophomore from Battle Creek/Harper Creek High School. Emma was a two-year runner for the Lady Bruins cross country team and this past fall helped the Lady Bruins to a national runnerup finish in the NJCAA Division III Championships. After five semesters at KCC, she has earned an impressive GPA while pursuing her Associate Degree in General Studies. After KCC, Emma will be attending Western Michigan University to pursue a bachelor’s degree in Business Management with a concentration in Accounting.

Academically, Emma was named to the All-Conference, All-MCCAA and NJCAA Third Team Academic All-American team for her work in the classroom. She was also named to the Dean’s List in all five semesters at KCC and the President’s List twice. Emma is also one of our Gold Key KCC Foundation Scholarship recipients and is a member of Phi Theta Kappa.

Emma has been involved in numerous community service projects, including Bruins Give Back, Bruin Boo and the KCC Foundation Golf Outing, and was the student coordinator for KCC blood drives during her time at KCC.

Congratulations Emma! You make KCC proud with your academic and athletic accomplishments!