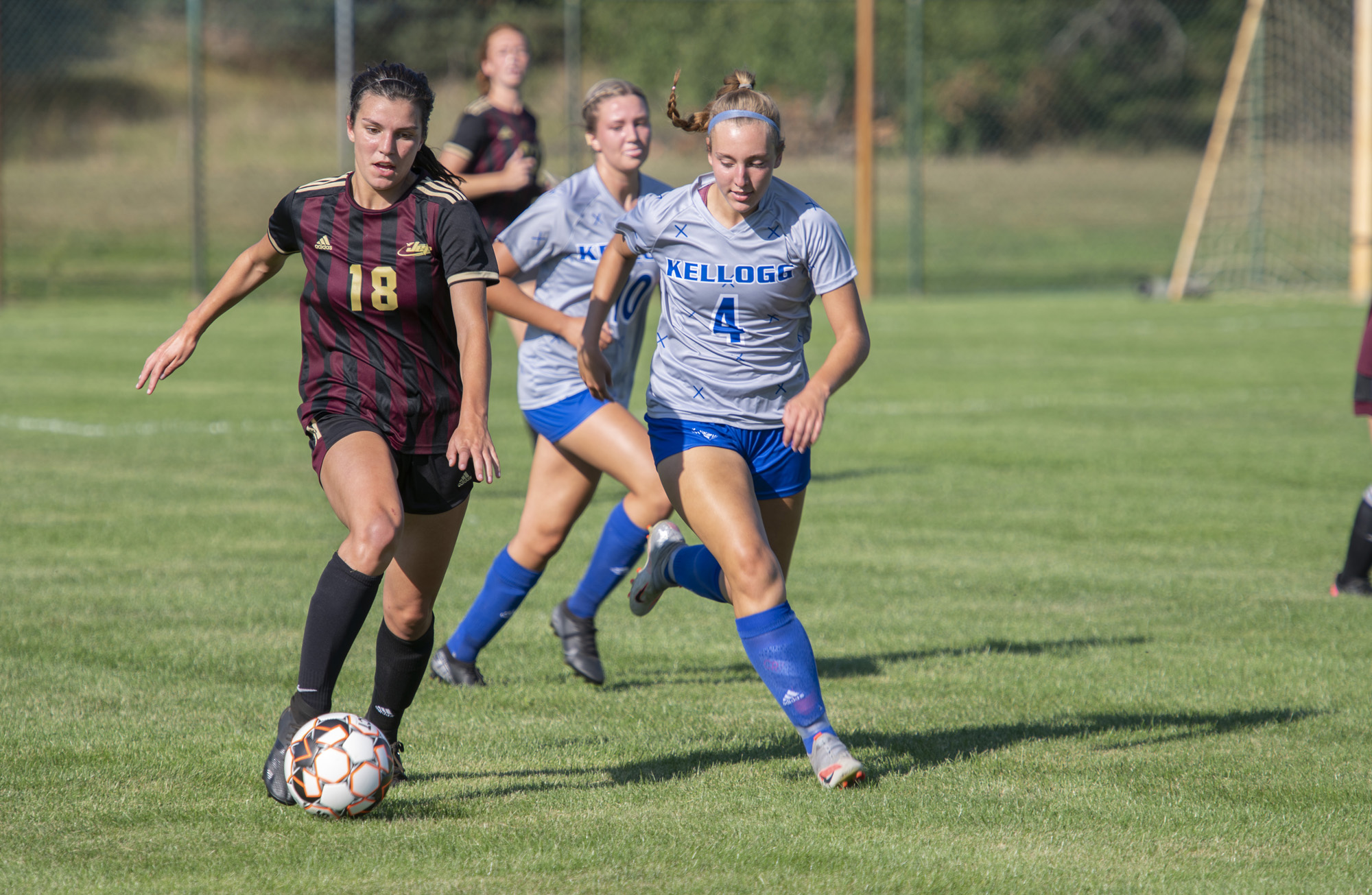 Head KCC Soccer Coach Levi Butcher said the Bruins “continued to create chances for the first quarter of the match, but were giving up nearly as many on the other end.”

“Jackson has strong attacking players, and it was only a matter of time before they punished us given some of the errors we made,” Butcher said. “They did so in the 33rd, 42nd and 45th minute to take a 3-1 lead into halftime.

“Jackson would close out the scoring for the day six minutes into the second half and never really looked back. We were able to create a bit of possession at times and get at their back line on the wings. Jackson’s defenders were up to the task in those one-vs.-one moments and we were unable to capitalize and get in behind or provide service into the box. Credit to a well coached and talented team who had far more in the tank than we did on the day.”

The day’s results bring the Bruins’ conference record to 1-4-1 and overall record to 1-5-1.

The Bruins play next at 2 p.m. Saturday, Sept. 25, on the road against Muskegon Community College in Muskegon. The team’s next home game starts at 4 p.m. Wednesday, Sept. 29, against St. Clair County Community College on the soccer field by the Miller Gym on campus in Battle Creek.