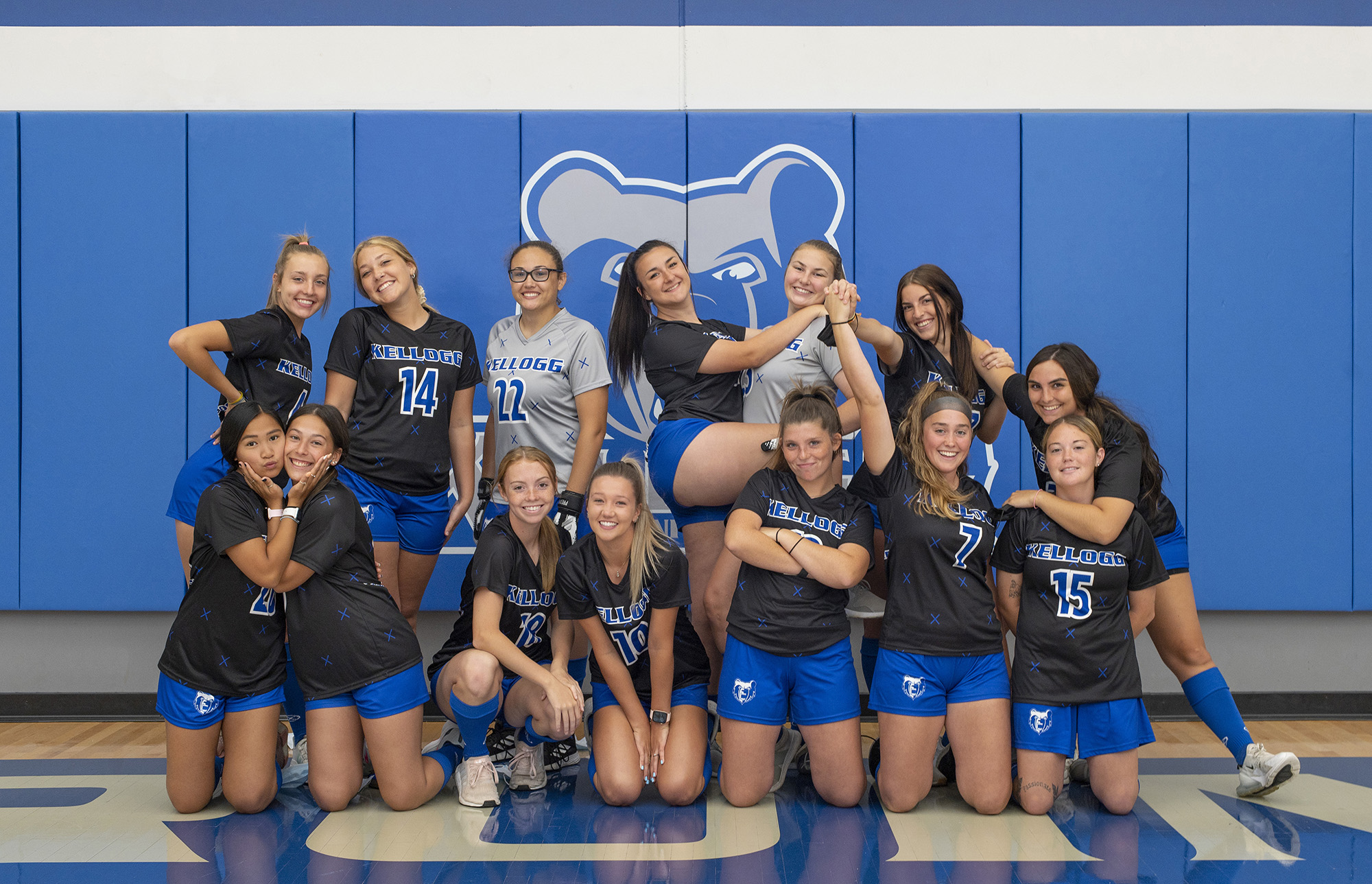 Kellogg Community College’s women’s soccer team played an away game against Delta College on Saturday. Delta is the defending Division III champion, and they held to their undefeated season record. The final score was 16-0 in favor of Delta.

Head KCC Soccer Coach Levi Butcher said that playing the defending DIII champs is tough, especially when going to their house, but the Bruins will continue to move forward and focus on their next task.

“Today was the most trying day of the season for us to this point,” Butcher said. “They handed us a heavy loss in our first meeting a few weeks ago, but this was far more decisive. We were no match for them on the day, and key injuries to goalkeeper Maya Ruelas (Kalamazoo/Home School) and midfielder Chloe Luegers (Marshall/Marshall High School) in the opening 12 minutes didn’t help the cause. Lillian Fulcher (Paw Paw/Paw Paw High School) and Rachel Bammer (East Leroy/Harper Creek High School) filled in admirably in goal, facing a veritable firing squad.”

Butcher also said, “We learned a lot about the character and will of our players today both individually and as a group. Some lessons were learned, some lumps were taken.”

Ruelas had one save, Fulcher had five and Bammer had six.

The day’s results bring the Bruins’ conference record to 2-7-1 and overall record to 2-8-1.

The Bruins play next at home at 2 p.m. Saturday, Oct. 16, against Ancilla College on the soccer field by the Miller Gym on campus in Battle Creek.