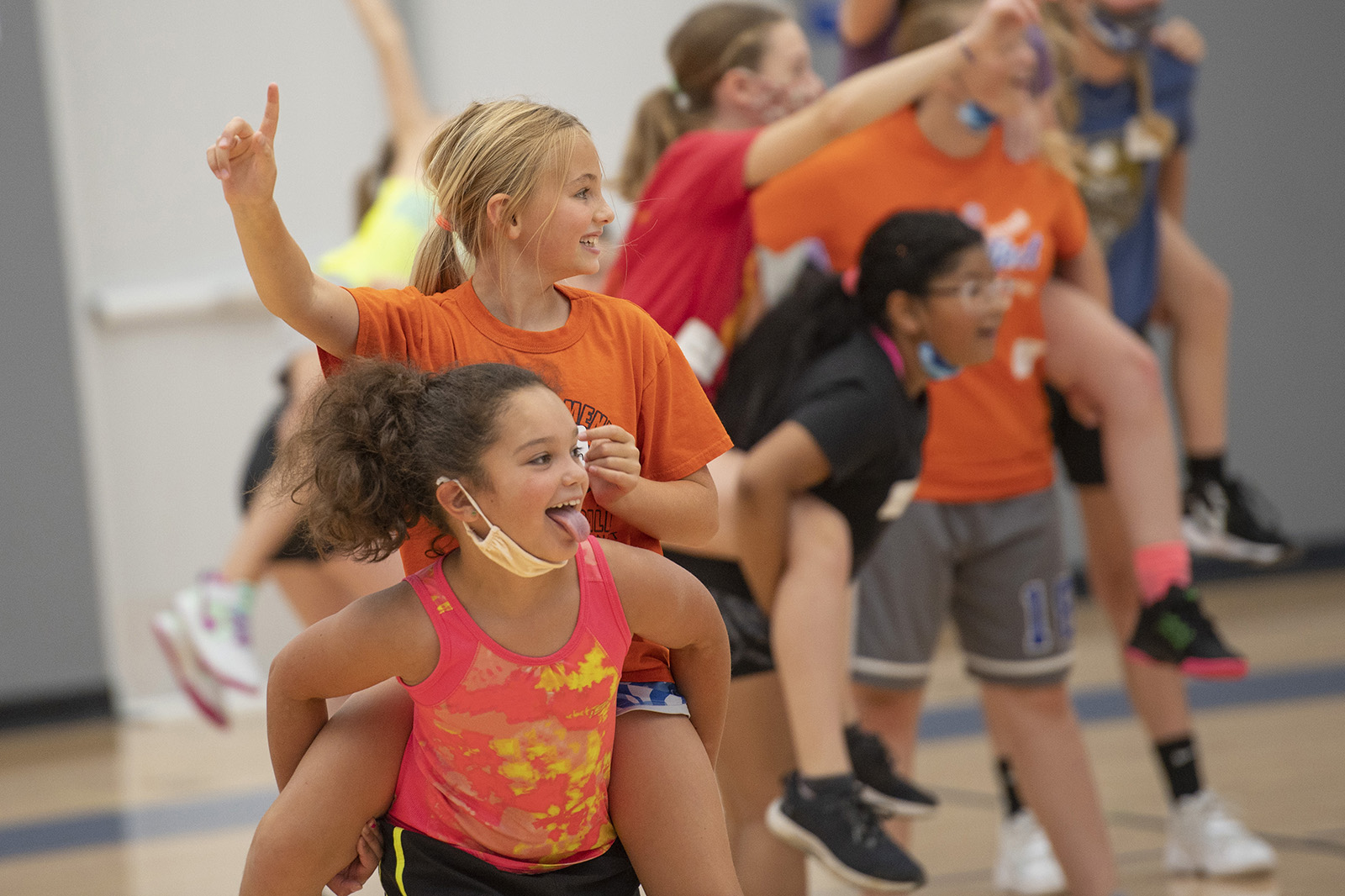 After spring semester classes end in May each year, June sees the return of another kind of student to Kellogg Community College’s North Avenue campus in Battle Creek: youth summer campers.

Among them were siblings Brecken and Ireland Wilk.

Brecken, a 9-year-old fourth grader at Dunlap Elementary, and Ireland, an 11-year-old sixth grader at Pennfield Middle School, have participated in summer camps at KCC for the past few years. The pair are looking forward returning to campus again for more fun this summer.

Last year they attended camps focused on sports, pet care, cake decorating and other topics, many of which were hands-on and offered learning they could bring home with them – often literally.

The cake decorating camp was one of their favorites; each decorated their own cake to bring home and eat with their family.

Brecken also liked the soccer camp – “It made me better at soccer and I made new friends,” he said in a recent interview – and is looking forward to attending again this summer.

Ireland, who has two cats, a dog and a turtle at home, enjoyed the pet camp, which offered practical tips for taking care of different animals.

“They said you’re supposed to brush your cat’s teeth twice a week, and I tried that,” she said, laughing, “but my cats wouldn’t let me do it.”

Bethany Wilk, the siblings’ mom, said she appreciates several things about the summer camps at KCC.

“From a parent’s perspective, I love it for the kids,” Wilk said. “I love that they’re engaging with other kids from outside of their school district, which is really great. And everyone I’ve worked with at KCC has always been super friendly and very high-energy.”

It’s also nice that most camps run for just a half day or so, which offers a balance so the kids don’t feel like they’re missing too much of their summer, she said. The learning aspect is also important.

“I like that they’re fulfilling that learning as well, especially with these COVID years,” she said. “The kids can be creative while learning how to take care of pets, etc., even during the summer. That’s really, really key from my perspective, because I feel like we’ve missed a lot the last couple of years.”

Abbie Brennan, the program manager who manages camp programming for the College’s Lifelong Learning Department, said they’ve received similar feedback from other parents and community members. It’s a response that’s enabled the department to expand the initiative each year since launching fully in 2016.

“We have had a wonderful response from the community,” Brennan said. “Hundreds of campers participate in our summer camps each year, and we’ve been able to partner with other community organizations, like Kingman Museum, to offer a wider variety of camps in our area.”

Just some of the new camps offered this summer include:

“Our Bruin Youth camps allow campers to explore different career paths and become familiar with the KCC campus,” Brennan said, “while also having lots of fun.”

Between 2016 and 2021, Bruin Youth Programming summer camps alone saw more than 2,500 registrations – and that’s not counting 2020, when camps were canceled due to the pandemic.

The College sees the initiative as a way not only to engage with the community – furthering its mission to “enrich our community and the lives of individual learners” – but as a way to expose future Bruins to a campus they may one day call their own as college students.

When KCC ran similar youth programs in years past, the College found that more than 80% of participants in those programs at some point returned as traditional college students.

“We hope our current youth programs will have the same results,” Brennan said, “and that our participants will think of KCC when it’s time for college.”

Wilk sees similar value in exposing her kids to the college at a young age. Her kids, in particular, think it’s fun to do things like eat in a real college cafeteria during their camps.

“I’m excited that KCC is doing it, otherwise kids might only go there when in college,” she said. “I’m happy that they’re doing these programs, and I hope other people take advantage of them.”

Bruin Youth summer camp registration can be completed entirely online via the registration link at kellogg.edu/youth. Campers who sign up early can get 10% off the cost of camps registered for before April 15.

For more information, including dates, times, locations and fees for each camp, or to sign up for a camp, visit kellogg.edu/youth or call the Lifelong Learning Department at 269-965-4134.