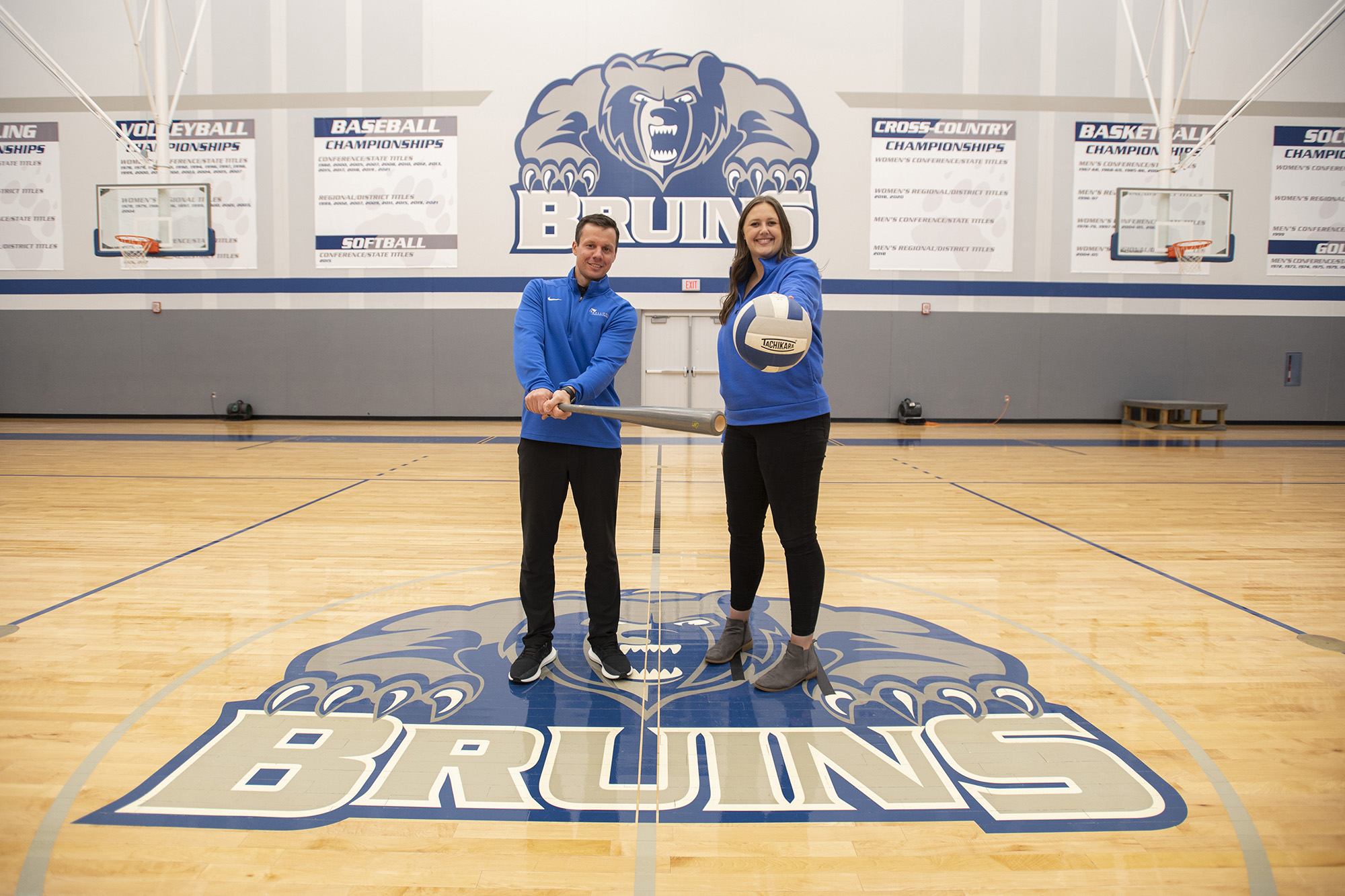 It’s the beginning of a new era for the KCC Athletics Department, which this summer saw the retirement of longtime Athletic Director Tom Shaw and the appointment of Assistant Athletic Director Drew Fleming to the head role for Bruin Athletics.

Fleming, an Olivet native and KCC alum, was hired by the College after several years of experience in various positions throughout the world of sports. As a Bruin, Fleming was part of the KCC baseball team that won a conference championship in 2010 and a regional championship in 2011, a year that ended with the Bruins finishing fourth in the nation at the National Junior College Athletic Association World Series.

“KCC had a tremendous impact on me, and I feel very fortunate for the opportunity to be back and working with our student athletes,” Fleming said. “Tom Shaw was great to work for; his career and what he accomplished speak volumes and I tried to take in as much knowledge and experience from him as I could. I’m thankful for Tom’s guidance and to the College for believing in me.”

Shaw, who worked for more than 17 years in various positions at KCC, retired at the top of his game. In June he was named Michigan Community College Athletic Association Athletic Director of the Year for a record fourth time and also received the MCCAA Distinguished Service Award.

That left big shoes to fill as Fleming inherits the roughly 120 student-athletes and seven coaches he’ll oversee at KCC.

Shaw said the College was blessed when Fleming came aboard in 2021, when he immediately made an impact heading up the launch of a new athletics website at kelloggbruins.com, the first standalone athletics website in KCC history.

“I knew he would be good,” Shaw said. “He was a great fit, and his ability allowed me to feel comfortable retiring early.”

Fleming said they’ll continue to utilize many of the processes Shaw put into place, but is excited about future potential for the department. A major priority will be maintaining a strong academic environment around KCC athletics, nurturing student success off the field as well as on it.

“The term ‘student athlete’ can sometimes be cliché, but student comes before the athlete, as it should,” Fleming said. “Placing emphasis on academics is something we do for every program and we are fortunate that the college provides a lot of academic support for our student athletes.”

Joining Fleming at the helm will be new Assistant Athletic Director Mikayla Shell, who came to KCC in June from an athletic specialist role at St. Clair County Community College, where she focused on marketing, social media, design and other special projects and also coached volleyball.

Shell said KCC seemed like a great place to work, with an opportunity to make an immediate positive impact on students.

“What’s exciting is that Drew and I are doing this thing together,” she said. “We also have some new coaches, which is exciting. I think there’s an opportunity for KCC athletics to really take off and be successful.”

This article first appeared in the September 2022 edition of BruIN magazine. To read the issue online visit kellogg.edu/bruinmagazine.