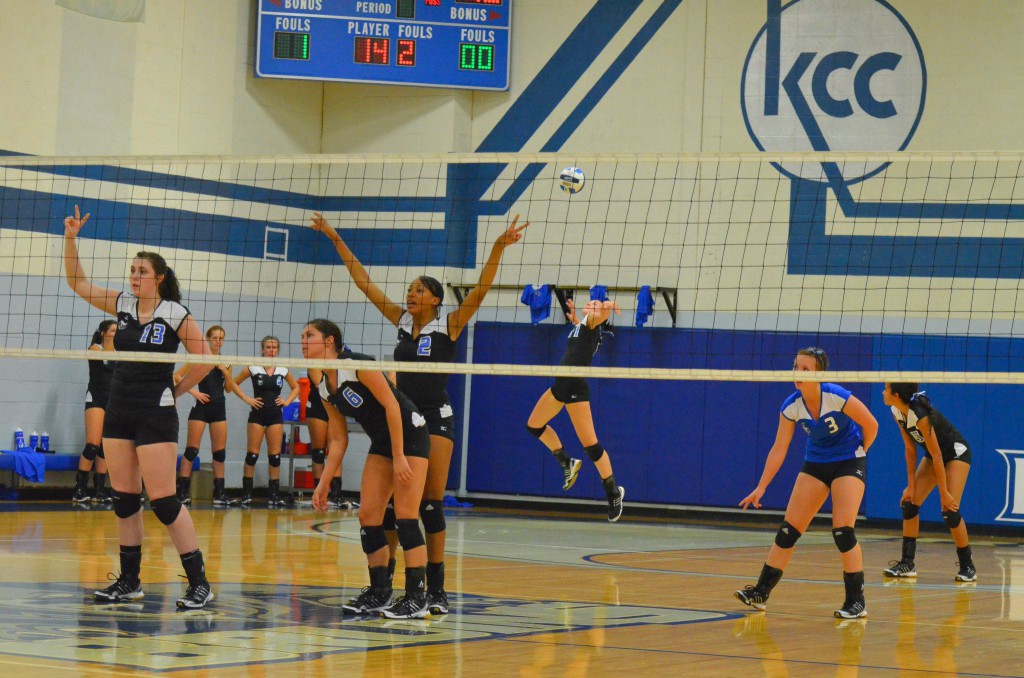 The Kellogg Community College women’s soccer and volleyball teams have had a rough week or so of competition. See details below.

After falling to Kalamazoo Valley Community College in three sets (19-25, 19-25, 16-25) on Tuesday, Oct. 2, the women’s volleyball team headed to a weekend tournament in Vincennes, Ind., bringing just nine of their 13-member roster due to factors including illness and family related issues.

The team plays next against Jackson Community College beginning at 6:30 p.m. Tuesday, Oct. 9, in Jackson. The Bruins defeated JCC in three sets in their last match, which was held at home in the Miller Gym on Thursday, Sept. 13.

After just more than a week off from competition, the women’s soccer team played their first game of the month in Cincinnati, where they fell to Cincinnati State Technical and Community College 1-0 in double overtime.

Despite playing with just 10 of the usual 11 players on the field, the Bruins held Cincinnati off until the 107th minute of play, with freshman goalkeeper Savanna Lacey (Carman-Ainsworth) racking up six saves.

The team plays next against Jackson Community College beginning at 4 p.m. Wednesday, Oct. 10, at home on the soccer field on KCC’s North Avenue campus. The game will be dedicated to raising breast cancer awareness and will include donations at the gate and door prizes.