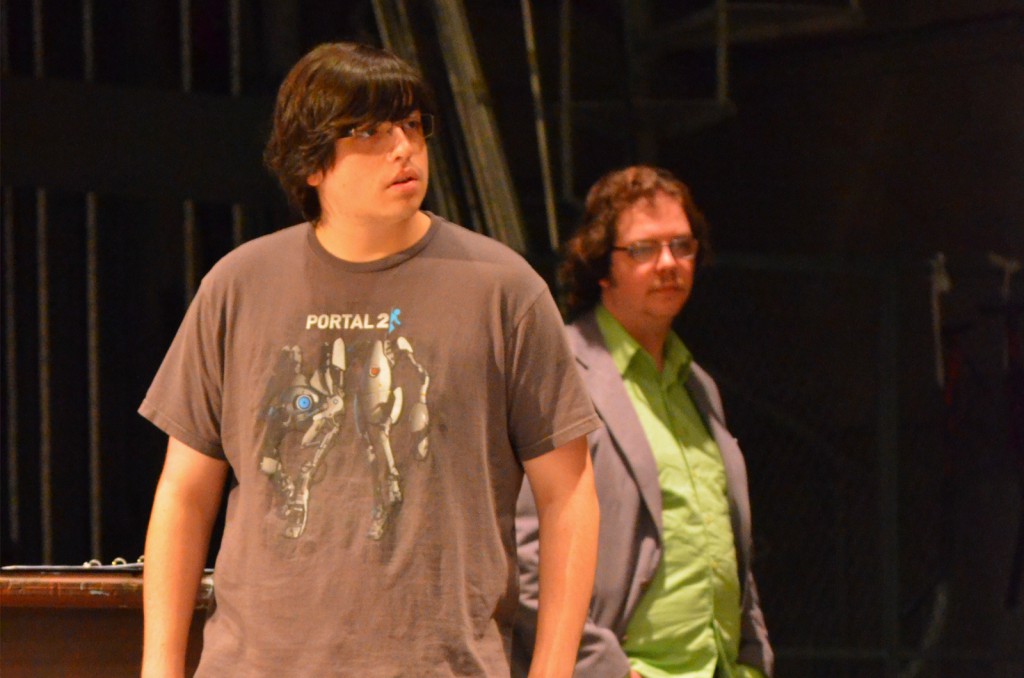 Jesse Cowles will play the role of Giles Ralston in Kellogg Community College’s fall production of Agatha Christie’s classic murder-mystery “The Mousetrap,” which will run Oct. 18-21 in the Binda Theatre on KCC’s North Avenue campus.

Below, Cowles discusses his role in “The Mousetrap” in what is the fourth of our interviews with the cast, which we’re rolling out in the days leading up to opening night.

The KCC Daily: Tell us about your role. What drew you to your character?

Jesse Cowles: I play the role of Giles Ralston, the husband and owner of the Monkswell Manor Guest House. My character is a very “manly” sort of guy. He doesn’t seem to care about what other people think about him, but he’s also a bit of a grumpy guy. He acts quite a bit older than he is actually is. To be honest, I wasn’t originally drawn to the character of Giles. I was more interested in the roles of Christopher Wren and Detective Sgt. Trotter than I was in Giles, but I think that now that I’ve gotten the role it’s been an interesting sort of challenge to play somebody who is so fundamentally different from who I am as a person.

KCC: What are some of the roles you played in the past and how is your current role different or similar? Are there aspects of this role that are particularly challenging as compared to your previous roles?

JC: In the past, I’ve had roles as Lord Capulet in “Romeo and Juliet” as well as the character Jeffery from “Godspell” and a myriad of French people in “Lucky Stiff” last semester. The role that resembles my current one most is probably Capulet, since they’re both manly, take-charge kind of guys who are a bit more irritable than it really seems like they should be. The real challenge with this role is that I’ve had more “silly” roles than I have serious ones, so it’s a little odd for me to jump back into another serious play. “Romeo and Juliet” was three years ago, and that was the last time I played an actual serious character, so it was a bit odd to get back into the swing of not being a stupid character that people are not meant to laugh at.

JC: I’m very excited to get into the second act, just because of the high levels of emotional intensity that the entire cast gets to give off. It’s a very tense act with a lot of great moments that I really am looking forward to showing to everybody.

JC: As far as influences for the character, I’ve been told to try to emulate a grumpy old British man living in a young man’s body. That’s the direction I’ve been trying to go since day one. My theatrical idol in general is Johnny Depp. He’s an extremely talented actor with a huge range of emotion that he can hit when he needs to. I really admire the way that he’s able to play almost any role without much difficulty.

JC: Don’t look up the ending. It’s a murder-mystery play. … The best part of the experience is trying to figure out the mystery with the rest of us.

For more information about the Theatre Program at Kellogg Community College, visit www.kellogg.edu/performart/theatre/index.html.