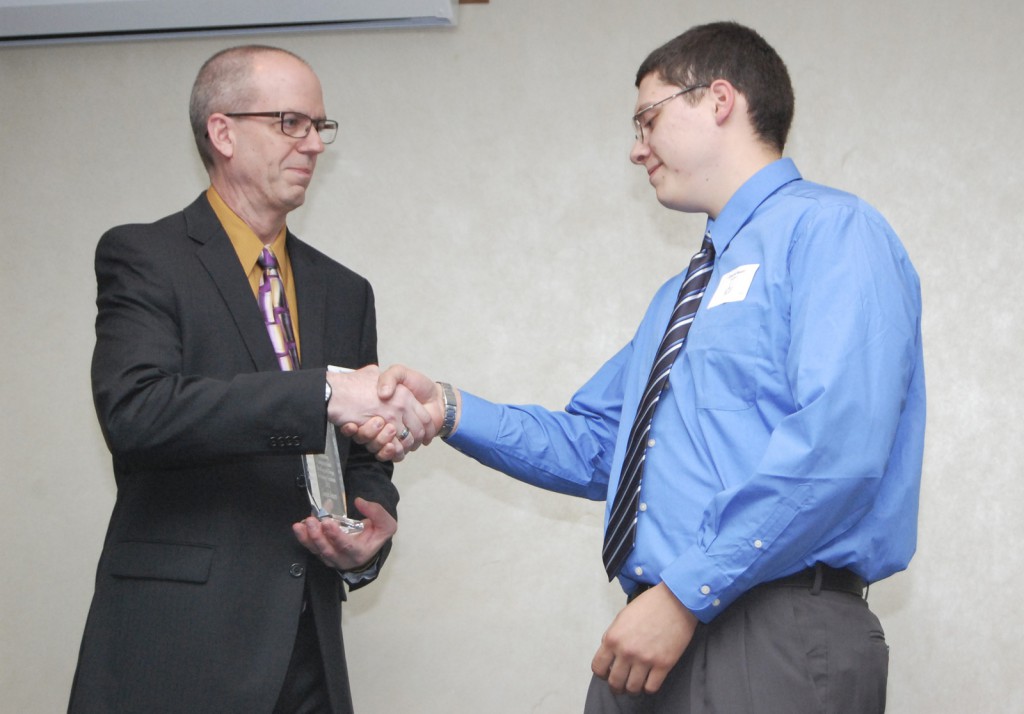 According to Randy Kopf, a Computer-Aided Drafting and Design Technology Instructor at Kellogg Community College, Joseph Amaro is one of those students.

In fact, that’s exactly how Kopf described Amaro in the paragraph he wrote to introduce him at the college’s annual Awards Banquet this spring, where Amaro was honored as the 2012 Outstanding Computer-Aided Drafting and Design Technology Graduate, the program’s highest honor.

“Joe has produced work of the highest quality throughout his program of study at KCC, maintained a remarkable GPA, and in 26 years of teaching, Mr. Randy has only encountered one or two students that might rival his work habits and accuracy,” Kopf wrote.

For Amaro’s part, the CADD Program at KCC was a way for him to use drawing skills despite what he said is a lack of freehand talent.

“I’m kind of a perfectionist,” Amaro said in a recent interview. “I like to get things right and have them be exact, and CADD is a good way to do that because you can draw and create something that looks cool but it doesn’t take a good drawing skill.”

Amaro, 21, said he worked here and there for about a year and a half after graduating from Delton High School, not really knowing what he wanted to do until he decided to enter KCC’s CADD Program. He said he found the information he was learning in the classes interesting and intriguing.

“I wanted more,” he said. “We were challenged every day to get it right the first time and to go ahead and be creative.”

Amaro plans to continue taking courses at KCC this fall to finish up the prerequisites for the Product Design Engineering bachelor’s degree program at Ferris State University, where he hopes to transfer on his path to becoming an engineer.

He said he feels like the CADD Program and the excellent instruction he received at KCC have prepared him well to start a career or continue his education in the field, which is challenging but also offers a creative outlet.

“CADD is good for creative people who want to be challenged to design and draw and not be limited by their artistic skill or their own creativity,” Amaro said. “So it’s a great thing overall.”

Pictured above, Amaro, right, is honored by KCC CADD professor Randy Kopf as the 2012 Outstanding Computer-Aided Drafting and Design Technology Graduate from KCC this past spring.