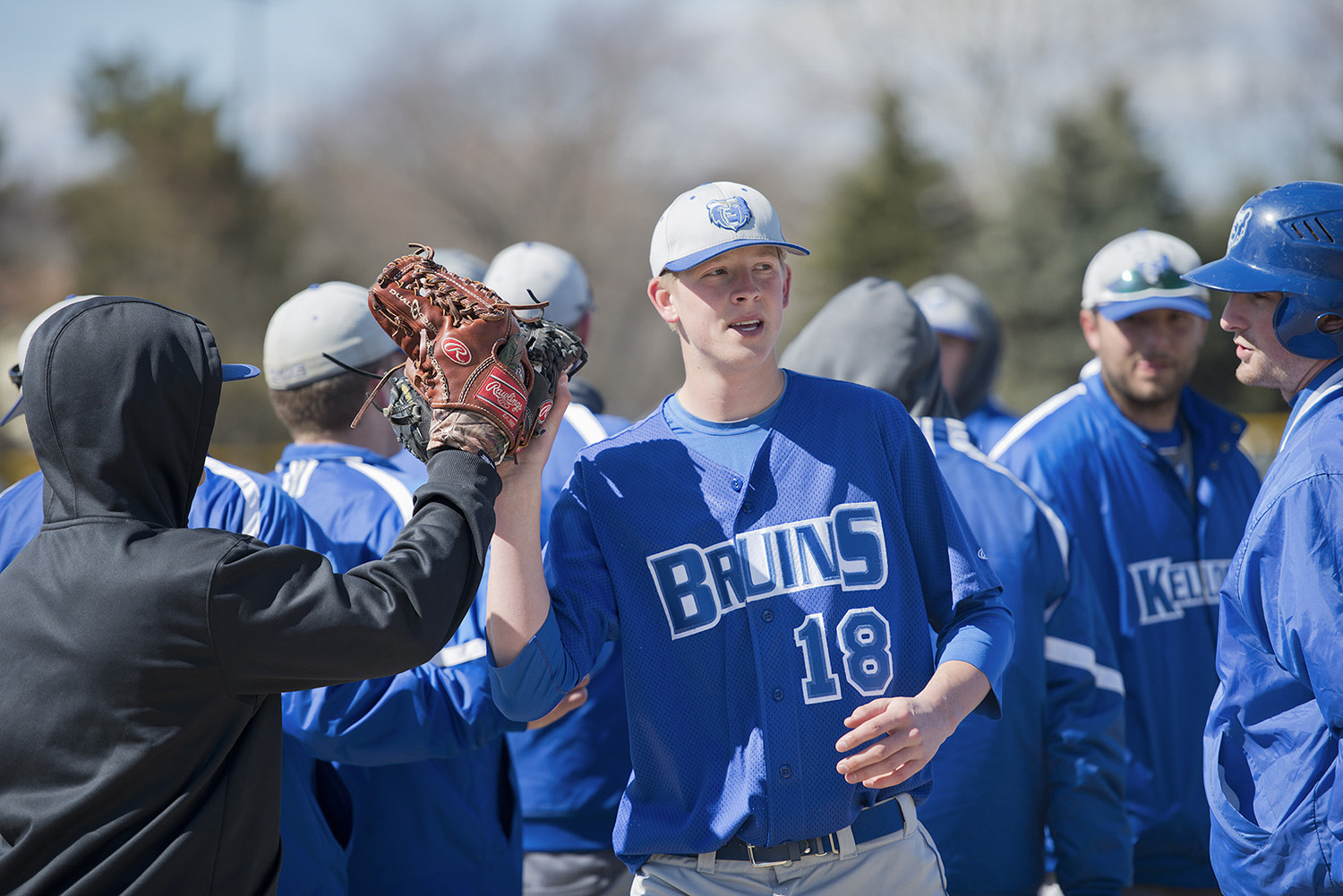 In addition to the All-American designation, Mayle received the NJCAA Superior Academic Award and is this year’s Michigan Community College Athletic Association Player of the Year. He also made the MCCAA’s All-Region XII Team, All-MCCAA 1st Team and was named to the All-Tournament team while competing in the Region XII District championships in May.

“Chad is one of the most complete student-athletes I’ve ever had the privilege of coaching,” said Eric Laskovy, head baseball coach at KCC. “His exceptional performance in the classroom and on the field speaks for itself. I appreciated his competitive drive and tremendous character. He is an all-time great Bruin.”

Mayle completed 58 credit hours over four semesters at KCC while receiving an Associate of Science degree and was named KCC’s Outstanding Male Scholar Athlete 2013 – the college’s highest honor for a male student-athlete – during the college’s annual Awards Banquet this spring.

In addition to athletic and academic success, Mayle has a strong track record of community service, mentoring disadvantaged youth weekly at New Level Sports, volunteering at the KCC Foundation’s annual golf outing and working with Big Brothers Big Sisters and as part of KCC’s Bruins Give Back volunteer program.

A recipient of the KCC Foundation’s Lela M. Karcher Memorial Scholarship and a competitive transfer scholarship, Mayle will attend Western Michigan University and pitch for the Broncos next season as he continues his studies as a biomedical sciences major.

Mayle is among more than a half dozen members of the latest Bruins baseball team who have committed to play for four-year schools for the 2013-14 season so far. Seven will be playing for Division I schools.

For more information about the baseball program at KCC, visit www.kellogg.edu/athletics/baseball/index.html. For more news about Kellogg Community College, view our latest press releases online at daily.kellogg.edu/category/press-releases.