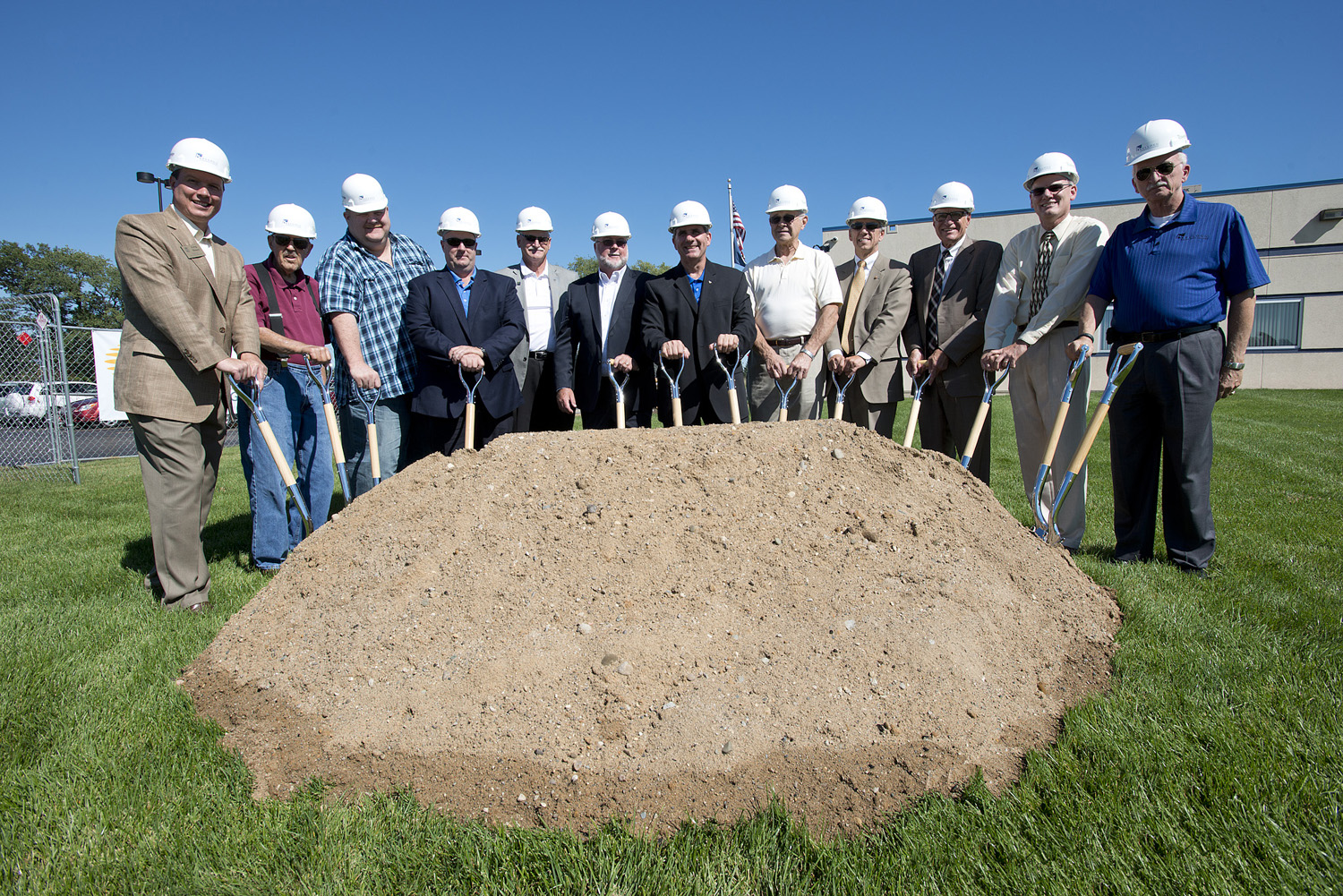 Kellogg Community College formally broke ground Friday at the Eastern Academic Center, an educational facility that is expanding to accommodate enrollment growth in the Albion and Marshall areas.

The groundbreaking occurred two days after the KCC Board of Trustees awarded a series of contracts to area companies, which will complete the estimated $1 million project in the next four months.

“We are so proud to be able to expand the EAC, which will serve college students and high school students from the Albion and Marshall areas,” said Dr. Dennis Bona, president of KCC. “With more classroom space, we’ll be able to offer additional day and evening classes to our adult students while increasing the options for students who are dual-enrolled in KCC courses.”

The additional 4,608 square feet, which includes three classrooms, a seminar room and office space, will open in January.

“It’s clear that people are hungry for education in eastern Calhoun County, and we at KCC are delighted to provide the instruction and the space to meet the people’s needs,” said Dr. Colin McCaleb, director of the EAC.

The project’s general contractor, Walbridge, based in Detroit with offices in Kalamazoo, predicts the work will provide job opportunities for about 75 trades workers during construction. Funding for the project is coming from local grants, including a $500,000 gift from the Marshall-based Cronin Foundation, and KCC’s voter-approved capital millage.

The 15,071-square-foot EAC – one of three regional academic centers operated by KCC – opened in August 2001 and offers a variety of courses in such fields as communication, social science, business and math. The EAC served 273 KCC students in the 2013 spring semester, plus another 100 high school students who attended the Marshall Alternative High School. Marshall also operates the Opportunity School, an early-college program for high schoolers, at the EAC on weekdays.