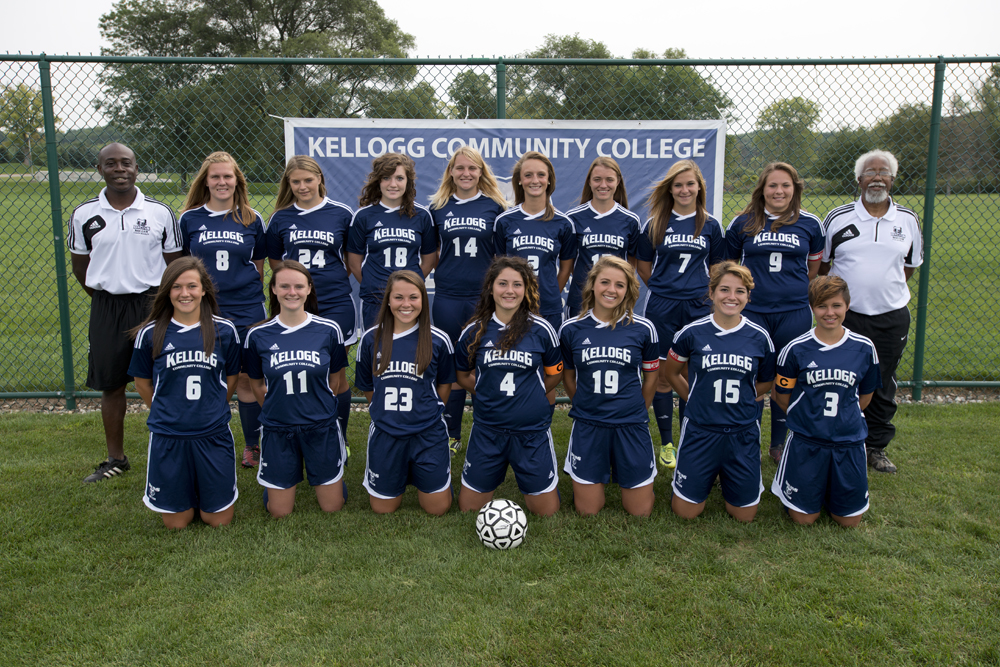 After a series of recent season-ending injuries sustained by players, the Kellogg Community College women’s soccer team is ending its 2013 season a week early.

The soccer team will forfeit its three remaining games, which were scheduled for this coming Saturday, Sunday and Wednesday.

“We started this season with 17 players and, as of today, have 10 who could take the field this weekend,” KCC Athletic Director Tom Shaw said. “We’ve just had a run of bad luck with knee, foot, hip and head injuries and now we have to look out for the safety of our remaining players who, if we continued the season, would play games without substitute players.”

“Even though we’re closing the chapter early on this season, we’re already looking forward to 2014 as a year in which women’s soccer comes roaring back at KCC,” Shaw said.