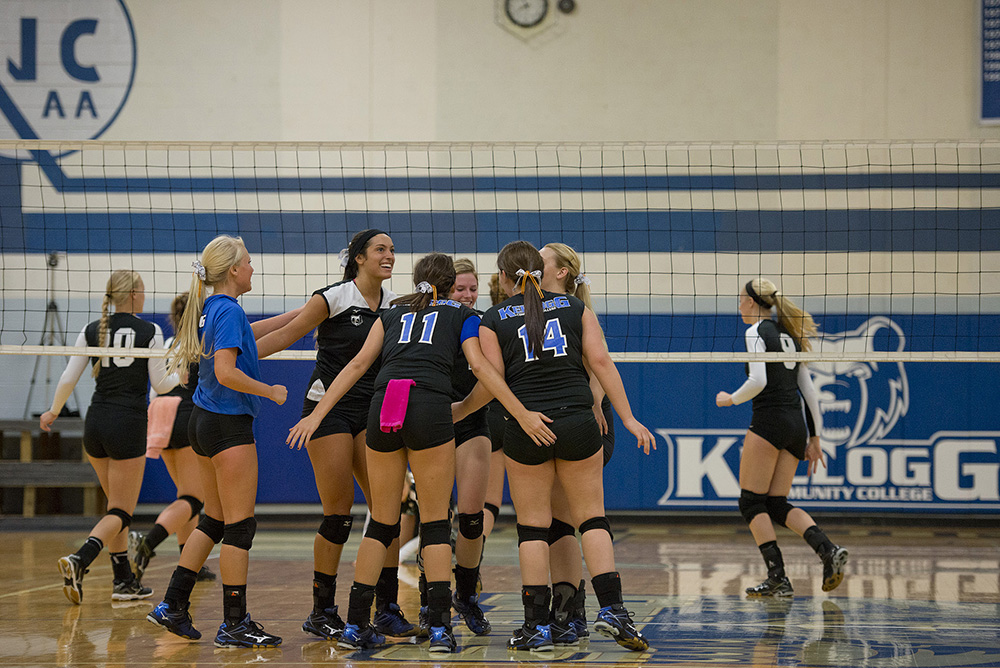 The Bruins set the stage for an exciting match in set one, edging out the Cougars with a 27-25 victory before pulling away in the following sets, which finished with scores of 25-18 and 25-20, respectively, with KCC on top.

“It was nice to win at home,” KCC’s head coach, Amy Julien, said. “It’s even better to win at home versus your rival school. It was a great win for the Lady Bruins.”

Defensively for the Bruins, Ehredt had two digs, Crawford had five digs and one solo block, Rybinski had five digs, and O’Dell had 11 digs.

The win brings the Bruins’ conference record to a winning 2-1 and the team’s overall record to an even 4-4 for the season so far. Their next match starts at 5:30 p.m. Tuesday, Sept. 16, against conference opponent Muskegon Community College in Muskegon. The team’s next home match starts at 6:30 p.m. Thursday, Sept. 18, against conference opponent Jackson College at the Miller Gym. Admission to all home games is free.

All attendees at the Sept. 18 home match will receive a free Bruins sucker.