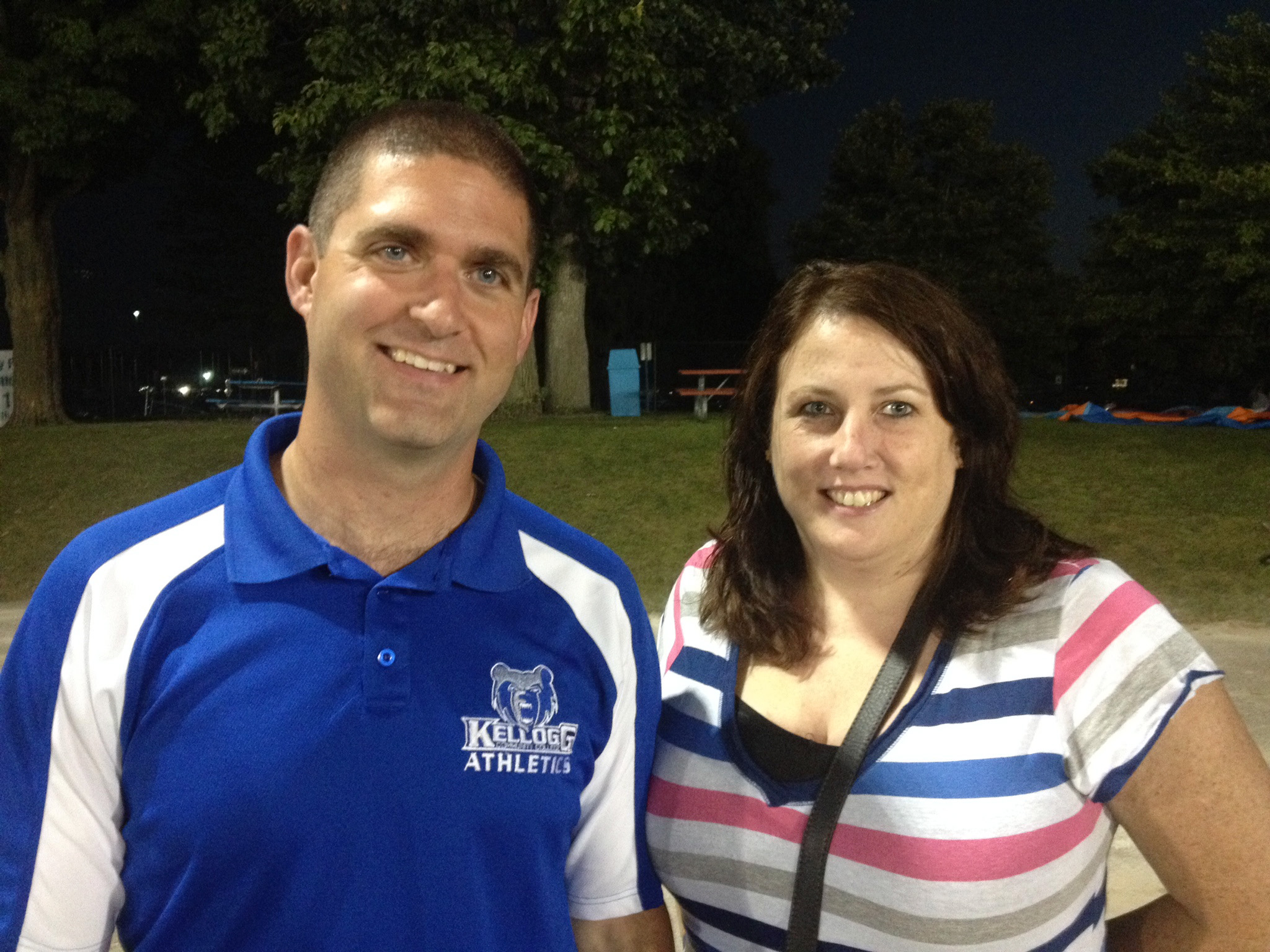 *Editor’s note: The following article first appeared on page 39 of the Oct. 16, 2014, edition of the Battle Creek Shopper News.

Rhonda Washington’s first feeling after learning she had won a $450 tuition gift certificate to Kellogg Community College during a Battle Creek Bombers game Aug. 7 was shock.

The Battle Creek mother of four, who also is a fourth-grade teacher at Ann J. Kellogg School, said she at first couldn’t believe her name was drawn, but that the initial shock was immediately followed by happiness and excitement over her win.

“The whole thing was kind of a whirlwind,” Washington said. “I was told I won and congratulated, my picture was taken, I had conversations with the KCC staff, then I was asked to go on the field for an announcement to the whole stadium.”

The celebration continued at home, where Washington learned that her photo had been posted on Facebook “because I started to get congratulatory calls and texts almost immediately.”

Washington isn’t a current KCC student but has taken Lifelong Learning classes through KCC in the past and enjoyed them. She entered the tuition giveaway drawing in part because she was waiting for her husband to finish a conversation and had nothing else to do at the time; she never imagined she’d actually win, she said.

“Winning felt so wonderful, and knowing that I have this tuition gift certificate is even better,” Washington said. “I am thankful to Kellogg Community College, to my husband and his long conversations and to our friend who invited us to the game in the first place. I will definitely put the gift certificate to good use!”

Washington hasn’t decided what that good use is just yet, but she has some ideas. She may use it for the continuing education credits necessary for teachers to renew their teaching certificate periodically, or may use it to brush up on some current education-related topics. She’s also considering taking Spanish classes to become better able to communicate with English-as-a-second-language students and parents, or to take an extracurricular course like a photography or piano class.

“There are so many possibilities,” Washington said. “I was surprised about how many different types of classes are offered at KCC.”

Eric Greene, director of Public Information and Marketing at KCC, introduced Washington to the Bombers crowd during the on-field announcement and congratulated her on the winnings.

“Rhonda is delighted to win the free tuition and we’re delighted to have her as a student,” Greene said. “She’s correct that there are many possibilities for courses and career options at KCC and I trust that, no matter how she chooses to use the gift certificate, she will feel that it’s time and energy well spent.”

KCC gave away the $450 tuition gift certificate – enough to cover a four-credit class at the college – as part of ongoing efforts to promote the college in the community. The Bombers sponsorship and tuition giveaway are just two of the creative ways in which KCC is reaching out to help prospective students understand that higher education is attainable, Greene said.