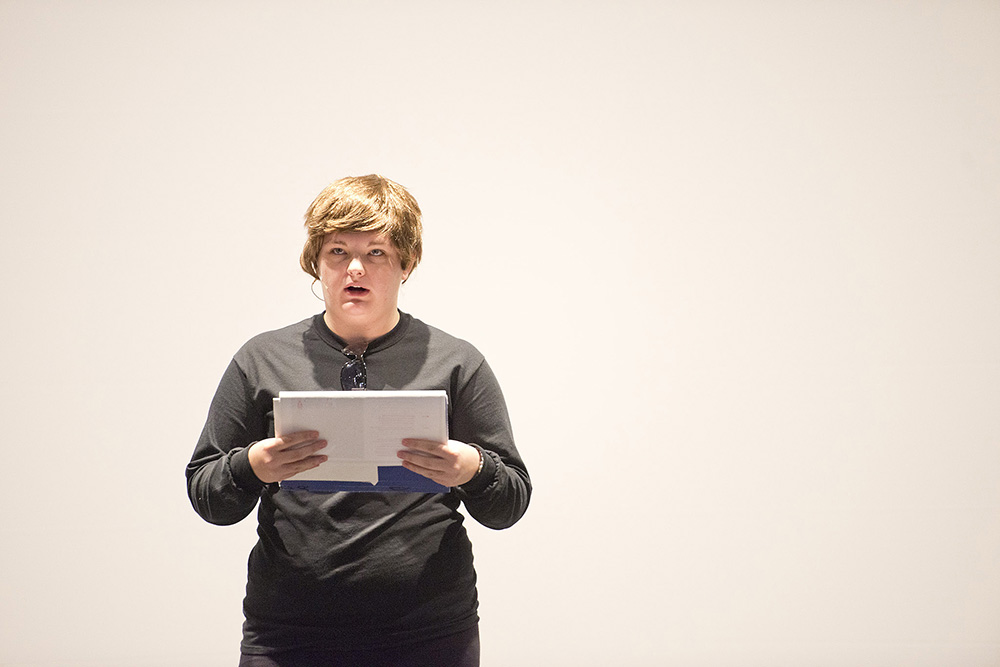 *Editor’s note: Below is the fourth in a series of interviews with the cast and crew of Kellogg Community College Theatre’s “Sampled Shakespeare.” The show, which opened last weekend and shows at 7:30 p.m. this Friday and Saturday and at 3 p.m. Sunday, includes scenes from the original “Star Wars” movies and “The Big Lebowski” set in Elizabethan English.

We caught up with Needham to ask her about her role in the production.

NEEDHAM: Harrison Ford is my favorite actor and Han Solo is my favorite character in the movies. I have still not seen “The Big Lebowski,” but I am a big “Star Wars” fan

NEEDHAM: I have never actually never been in a large stage production before.

NEEDHAM: I am excited and nervous about being in my first large performance.

NEEDHAM: I tried going for the original Han Solo as much as possible in order to keep the audience members nostalgic.