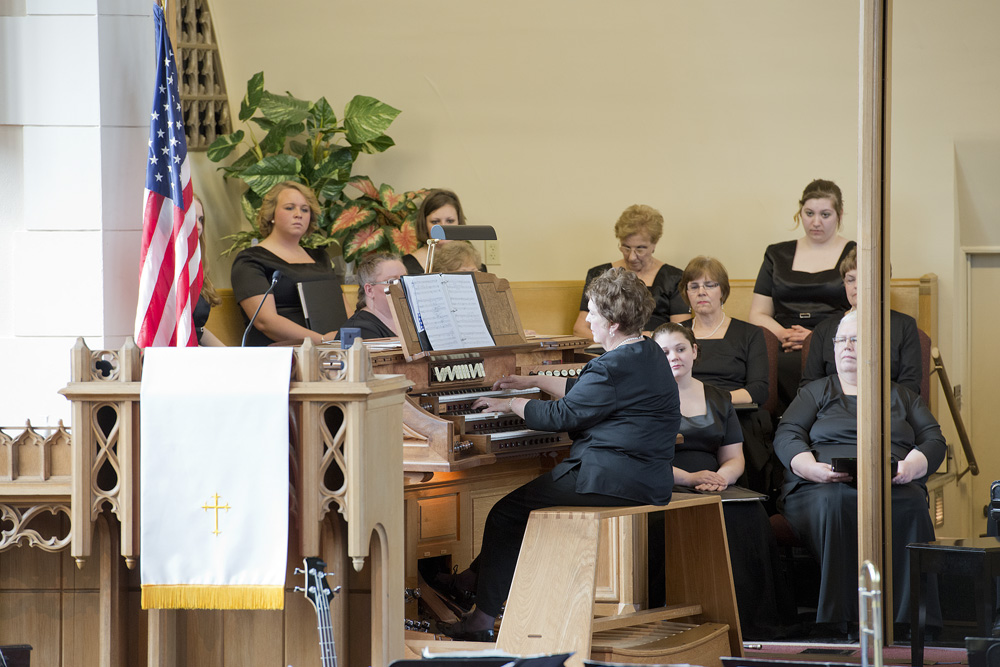 Cary will begin her recital at 3 p.m. Sunday, March 1, at the Binda Performing Arts Center on KCC’s campus at 450 North Ave., Battle Creek. The event is free and open to the public, with a free-will offering collected to benefit music programming for KCC students.

Cary has been the organist and pianist at First United Methodist Church in Sturgis since 1982 and has instructed organ and piano classes at KCC since 2002, serving as accompanist for the College’s Branch County Community Chorus from 2002 through 2012. She currently sings in the College’s choirs and is the featured faculty organist for the KCC Choral Union’s concert tours, which included international appearances in Ireland in 2012 and Italy in 2014.

Works presented by Cary during the recital will include pieces by Ludwig van Beethoven, Frederic Chopin, Claude Debussy, Hans Engelmann, Carl Koelling, Edward MacDowell, and Charles G. Love and Lorena A. Hogue Love, the latter a pair of Michigan composers who were also Cary’s grandparents.

For more information about the March 1 recital, contact Dr. Gerald Blanchard, vocal music director and music coordinator at KCC, at blanchardg@kellogg.edu or 269-965-3931 ext. 2566.