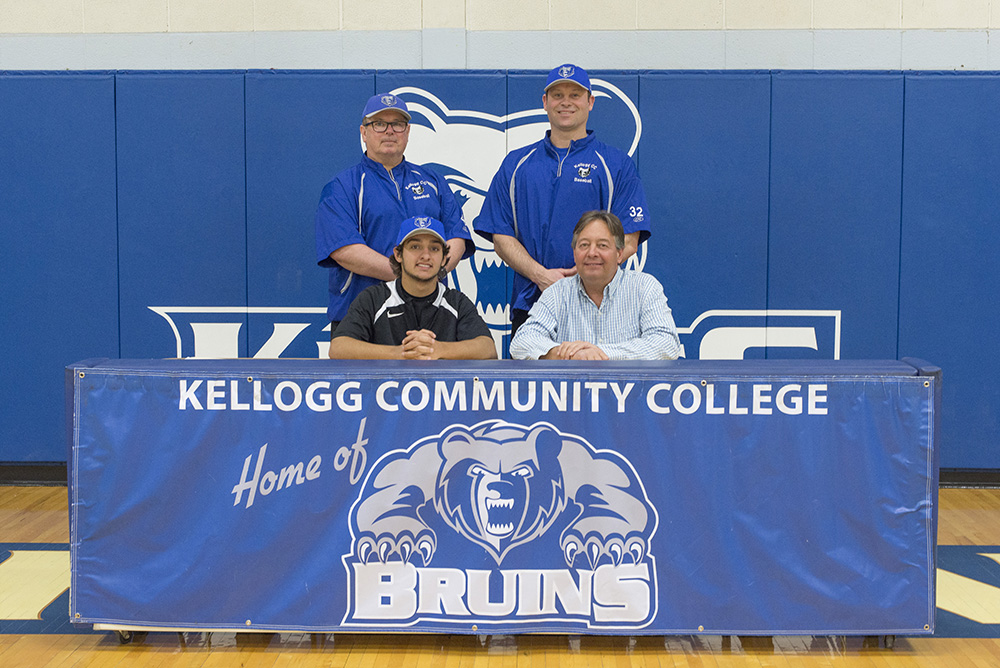 Left-handed pitcher Joby Kawaski, of Decatur, has signed a National Letter of Intent to play baseball at Kellogg Community College and will begin playing for the Bruins next season.

“Joby is a first-rate competitor and is a strong addition to our baseball program here at KCC,” Laskovy said.

For more information about baseball at KCC, visit www.kellogg.edu/baseball or contact Coach Laskovy at laskovye@kellogg.edu or 269-965-3931 ext. 2536.