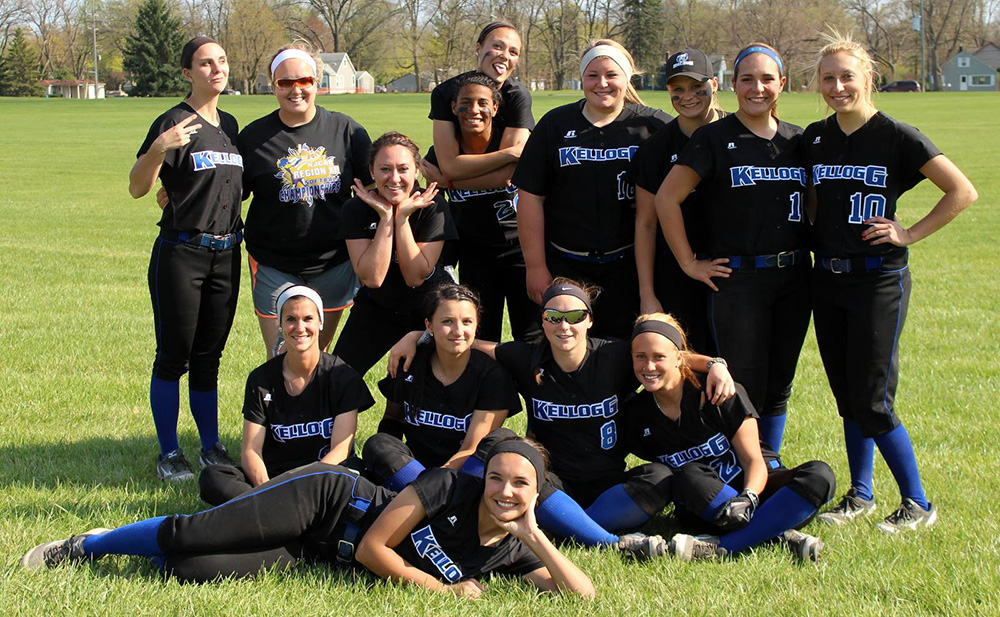 The latest successes for the team, under the leadership of second-year KCC head coach Darrick Brown, pictured at right, build on accomplishments from what has become a storied season for KCC softball. Last month the team broke the KCC softball record for wins in a single season, then clinched the conference championship, another first for the program; the team has been ranked among the top 20 in the nation since April 22 in the National Junior College Athletic Association’s latest Division II softball polls.

The KCC softball team’s postseason play will continue tomorrow, Wednesday, May 6, through Friday, May 8, as part of the NJCAA’s 2015 Division II Softball District I Championship, held at Abbott Park in East Lansing. The Bruins will take the field beginning at 4 p.m. May 6 in Game 3 of the tournament, playing the winner of Game 1.

The photo at the top of this post was taken by Shelly Smith, who admins the Brucru photos Facebook group, which has featured photos of the team in action throughout the season.